The best places to train in London

I’ve lived in London for about twelve years now, all over the city in fact, and in that time, I’ve done a hell of a lot of running. Some of that’s evening training runs, other times it’s a long run to prepare for a marathon, but more often than not it’s for racing, mainly RunThrough ones… if I’m being honest.

London is a ridiculously amazing place for runners. One day you can be making your way down the river and past the Houses of Parliament, another you can be sweating it out on hill repeats at Hampstead Heath. Actually, some of you have probably done both of those in the same day, they’re so close to each other in running terms.

The point is, London has some truly wonderful places to train. Whether you’re aiming for your first 5k parkrun or a 100km ultra marathon, you’re pretty much spoilt for choice in the capital as part of the running community. Here’s some of my favourite places to head to in the City to really make the best of those trainers.

Not going to lie, Richmond Park is one of my favourite places in the UK, period, not just one of the best for running. At about 2,500 acres, Richmond Park is by far the biggest of the Royal Parks, so much so that you often feel like you’re no longer in London any more.

For cyclists, there’s a road and a track for mountain bikes that run around the outside of the park, but for runners you can just get completely lost making your way around the labyrinthine paths that dissect the whole area. I used to marathon train there, working on increasingly larger circles of paths as I built up my distance. It’s so big that you can actually just focus on a specific area each time you go and keep your training interesting. 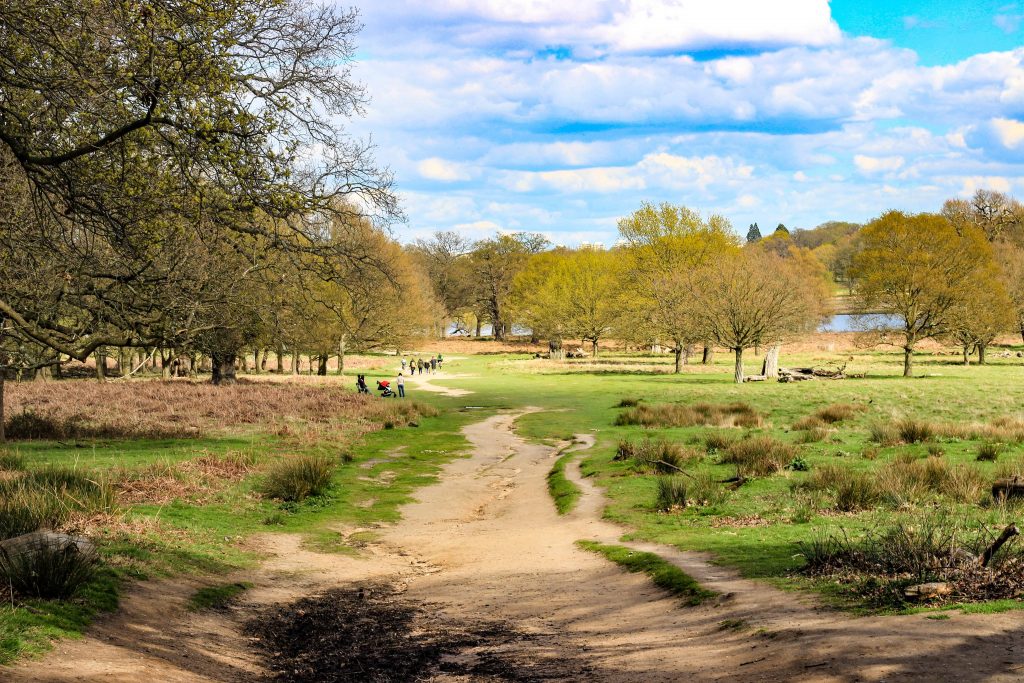 Yeah okay, my first two choices are both situated in South West London, but there’s a reason for that. Where Richmond Park is a beautiful testament to landscaping and perfectly designed paths, Wimbledon Common is a pretty much the opposite.

A massive overgrown woodland that wouldn’t be out of place in a Tolkien book, just a few miles out of the city centre. It’s an amazing place to see and a massively under-visited part of the capital. It’s the closest you’ll get to training on the trails without having to head out to somewhere like Dorking. Just make sure you watch where you’re going, and wear shoes designed for uneven surfaces. Oh yeah, and you’ll definitely get lost a few times as well, which, assuming you can find your way out again, is really fun.

For what is essentially a big man-made concrete park, I have a massive love of the QEOP. The area is peppered with Olympic legacy equipment and visual stimulus. These range from the obvious sporting venues like the Velodrome and the Aquatics centre, to subtle little artistic touches on the ground and walls dotted around the space.

Visually the area is extremely interesting. On one end is the Arcelormittal Orbit and West Ham stadium, and at the other there’s a little lake, a load of hedge-rowed canals and even a few bits of artwork dotted about. Physically and mentally it keeps you interested, not only through the design, but also the windy paths and undulations that weave through the park. Unlike most of the other locations, it’s also open all day and night. 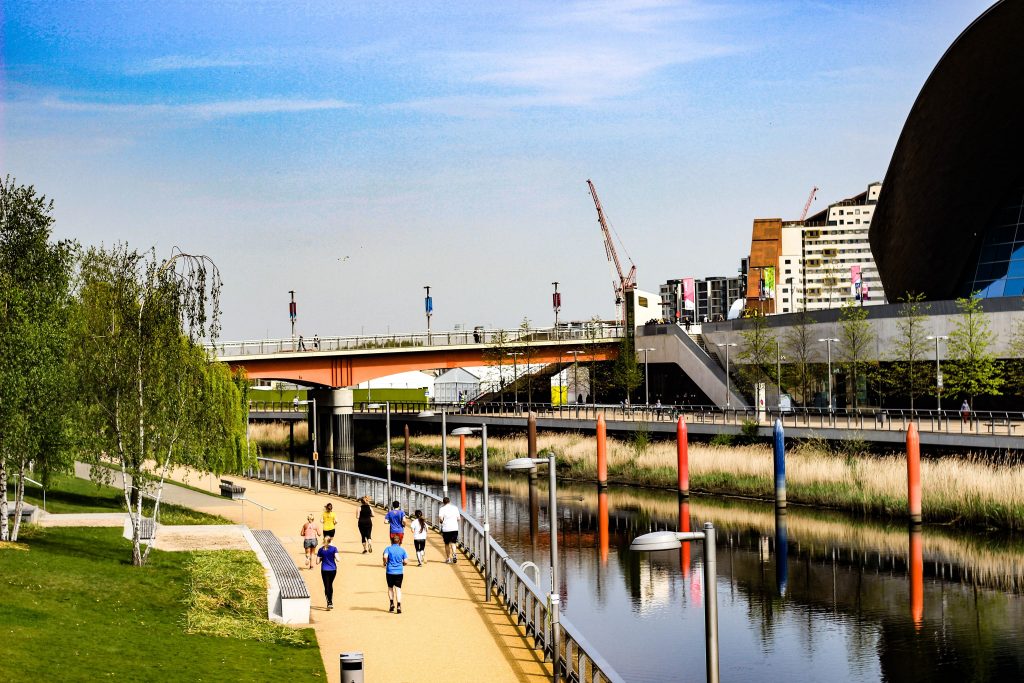 I’ve probably spent more time running down the Thames Path than any other route in London. Put simply, it’s basically a single route which follows the River Thames 184 miles from the Cotswolds to the Thames Barrier in Greenwich.

Now, you don’t have to run the whole thing (although people do), but you can dip in and out of it wherever you want. Why? You ask. Well, the Thames Path pretty much guarantees two things: beautiful views and very minimal inclines. It’s also probably the easiest inland running route to follow in the UK.

I love Greenwich Park. It has possibly the most impressive view in London, it’s in one of the most beautiful places in London and it looks amazing in any season. It’s also one of the hardest places to run across the whole city.

The reason for this is that Greenwich is on a massive hill, which is presumably why they built the observatory on it in the first place. There are a few different ways up it: a long painful 500 metres path which gradually climbs the whole way or a number of shorter tracks which get you up quicker, but with a hell of a lot more effort. Essentially, if you’re looking for a place to hill train in London, head to Greenwich Park.

… or go up Primrose Hill. Another park with an amazing view of London, just this time from the opposite side.

Primrose Hill is a favourite with running clubs that like doing hill repeats. Not only because it has a massive killer climb (it’s not just a clever name), but also because it’s so close to the centre. It’s also pretty small in comparison to the other parks, so you can run around the whole thing and still have enough energy to make it home.

I’d never actually been here until I took part in one of the RunThrough events, which is odd as I used to live down the road. As parks go, Crystal Palace has a very special feel to it. Unlike most of the Royal Parks, there a sort of novelty quality to the design.

The history of the place is quite amazing, originally being created as a kind of theme park for Victorian ingenuity, something that can still be seen in various points including a load of massive dinosaur statues and the massive sphinx that mark one of the entrances.

For runners it’s a twisting, undulating place that has so many interesting oddities and creative aspects to it, that’ll you’ll be too busy looking at stuff to realise you’ve already finished your planned training distance.

Thank you to Tom Wheatley Editor of The Allrounder, a non-commercial blog, for sharing his best places to run in London.

See more from The Allrounder HERE