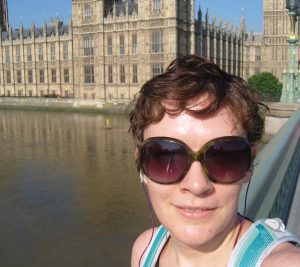 Sophie Taysom, London based runner and blogger tells us about losing her running mojo and how to get it back.

It happens to the best of us – when running takes a dip, you mainline Netflix and your favourite pair of running shoes gravitate to the back of the wardrobe. You look on your scales – perhaps the numbers haven’t changed much but your clothes are a little tighter and you feel soggier around the edges.

Where’s the running mojo gone? Runs become lacklustre and fall out of the rhythm of your days, then weeks and then months. 12 miles used to be an effort. Then 5. Then 3 with walking breaks.

This happened to me earlier this year. And the trigger? Life.

And, I was scheduled to do this year’s London marathon. My training was going OK, nothing exciting, and it was to be my second. My first I’d run rather unwell (stupid I know!) so while it was a brilliant experience, it was also very bleak in parts, and my time was far outside what I had aimed for. I wanted to do a lot better second time around.

Coming up to my final long run, my lower back decided to have a hissy fit. I’ve slipped a disc twice and while it wasn’t that, I knew there was a real risk of it happening if I ran. At this point, life got too much and I almost gave up on running. 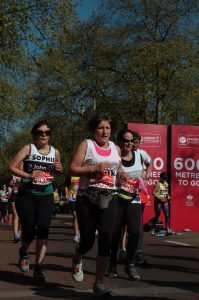 Running was a slog – no spring in my step and none of those moments of running bliss. You know those times when everything is right with the world and there’s a sense of remarkable joy? Usually it would hit about mile 7 (mostly on Waterloo Bridge for some reason), sometimes mile 4 on a good day.

This lasted a good few months. To be honest, I was a miserable git.

And the trigger for trying to find my mojo? I was sick of being a miserable git. This was about 8 weeks ago.

It’s not been easy. I’ve had many runs, or let’s call them attempts at running, where I’ve had to stop and walk. At first, it was after a mile, and then after 2. I’ve come back home feeling deflated. I then had an issue with my sacroiliac joint, and then I was sick for a week. While at times I’ve beaten myself up about how my runs have been, I’m reminded that it’s better than not running.

And I’ve done a lot of other stuff to get over being a miserable git including:

I’m also helping out with my club’s beginners course run twice a year.  My job is to run alongside newbies and chat as we run.  I did the course 4 ½ years ago after many failed attempts at trying to make running part of my life.  The thing I get a buzz out of is seeing folks complete sometimes their first ever mile running the whole way!

And has it worked? I’m very pleased to say that as of today, after a slow off-road 5 miler, my mojo has been found! There will be rough days, but I know there will also be brilliant days, and everything in between – it’s all part of becoming a runner again! 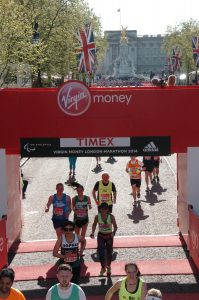