In case you haven’t met them, let me introduce you to Matt and Ben who will feature heavily in most of the posts on this blog. They’re the all-round good guys behind RunThroughUK and they spend each Monday bouncing around, encouraging us run clubbers to run faster than feels sensible. Ben recently broke an actual running world record and Matt currently drinks a lot of milk. I’ll leave it to you to guess who’s who. 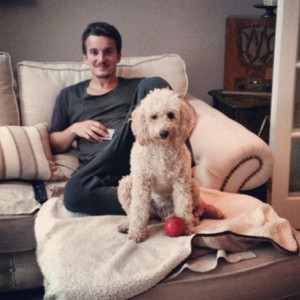 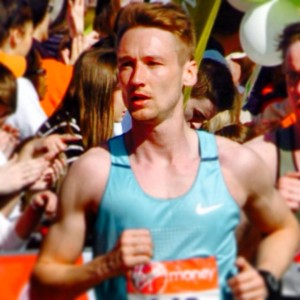 This Monday, we warmed up with a 1k jog, at talking pace. Then we launched into a slightly longer, tougher session than usual, with 10 reps of hard running for around 90 seconds, with short walking recoveries. We were told by Matt and Ben to aim to keep the pace consistent throughout, save for the last two reps when we should try and go faster if at all possible. I didn’t manage this (I blame spending the weekend near THIS small but steep hill) but a massive shout out to those who did, especially Sophia who pulled two seriously speedy sprints out the bag for reps 9 and 10! I, for one, was very ready for the cool down when it came. 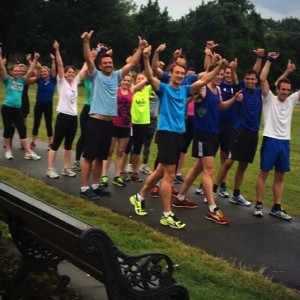 Our esteemed coaches tell me that the session was designed to increase our confidence about our ability to run at a faster speed when fatigued (good for longer distance training) and that it (and the other sessions we do) are also good for VO2 max, lactate threshold, and running economy. Apparently, improving this golden trio helps you get faster and stronger and from what I’ve seen of those who attend Monday sessions each week, it definitely works. 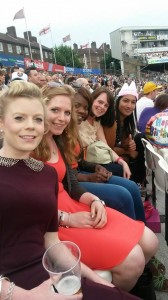 We scrub up pretty good.

What I’m finding really exciting about attending these sessions each week is being part of a growing community of runners that no longer just meets on a Monday. This weekend we’ve got two runners taking on the hills of Richmond Park together, at the end of the month we’re doing a RunThroughUK Wimbledon Common Half ice cream combo and there’s talk of group yoga classes. It’s not all about getting hot and sweaty together either: this week there was a cricket/birthday/beer/cupcakes social and next Monday evening, we’re off to the pub after training.

If you’d like to join in, visit our Facebook page or just turn up at The Windmill on Clapham Common at 7pm next week.