Ever wondered how those gym goers get those big muscles? Why would that be important to runners?…Surely we don’t need that to keep going for longer?

Endurance activities are those in which oxidative phosphorylation is the main source of energy, also known as aerobic activity. Oxidative phosphorylation is the process in which mitochondria utilise energy released from the breakdown of nutrients to release ATP, which we then use to fuel our muscles, and give us the energy we need to perform at low and moderate intensities for longer periods of time. 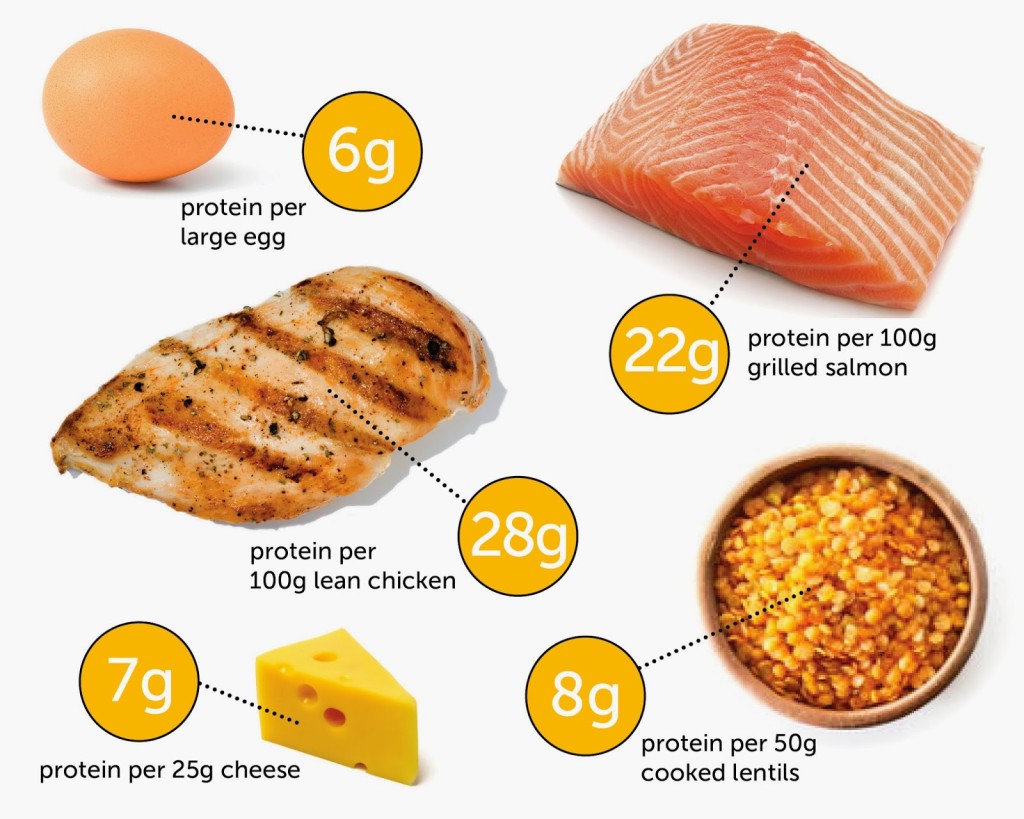 Proteins are essentially strings of amino acids joined together, which is why amino acids are often referred to as the ‘building blocks’ of protein. Muscles generate only 1-6% of their energy by breaking down proteins into amino acids. This 1-6% may seem relatively small in the grand scheme of things but it can have a great impact upon performance and should not be overlooked.

Carbohydrates are widely accepted as the main source of energy intake for endurance activity. For the important races and sessions we have that big bowl of pasta to keep us fuelled for the activity ahead. However, protein may be just as important. Saunders et al (2004) demonstrated that endurance cyclists consuming a protein and carbohydrate (CHO+P) beverage during endurance activity could perform for longer with decreased levels of muscle breakdown post exercise, when compared to those consuming CHO only. See below, figure 1. 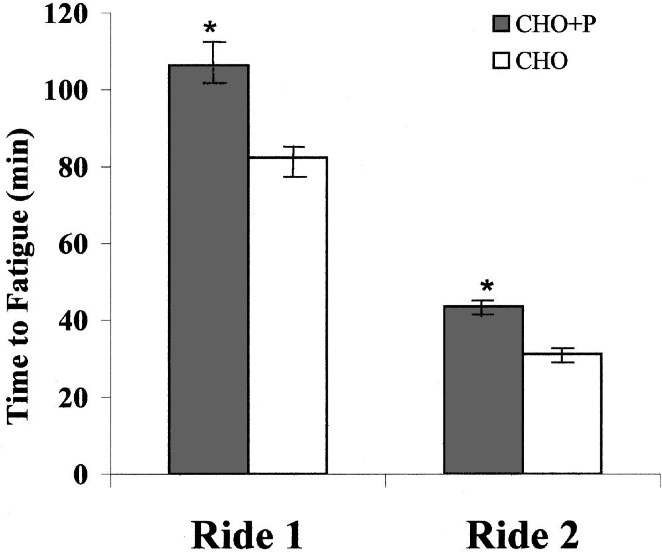 In one of the classical studies (Felig et al, 1971), the release of the amino acid alanine was measured during 40 mins of endurance activity. Alanine output increased with exercise intensity. This study lead to the understanding that alanine is produced in exercising muscle and may attenuate exercise induced fatigue. As other amino acids are required for alanine synthesis, it’s another reason to ensure endurance athletes consume enough protein. Even those less intense activities increase the need for protein when compared to the usual sedentary person doing little or no physical activity. It is estimated that moderate to well-trained individuals need a 20-25% greater amount of protein over the sedentary individual. Elite endurance athletes require about 1.6g/kg of body weight each day.

Overall energy demands during intense endurance activity can increase up to 10 fold. Thus, the need for an increased consumption, in general, of all the recommended daily nutrients is essential for endurance activity. If the overall diet is not sufficient in all the other necessary nutrients then the need for protein is dramatically increased. If an athlete is not consuming enough carbohydrates and fats then the oxidative process will resort to protein breakdown to release ATP. Eventually the protein source from food will deplete and muscles themselves will be broken down. Thus a vicious circle emerges, and muscles will lose their size and strength if this process is a regular occurrence and performances and training will dwindle. Protein is a vital source of fuel for the endurance engine!

So how do we increase our protein intake in a sensible manner? It is hard to envisage eating an extra steak or chicken breast each day when we already feel we are meeting our bodies’ nutrient requirements. This is where the timing of protein intake plays into our hands. Post exercise, our muscles are still in a state of higher protein metabolism, and it is believed that this is the best time for proteins to be absorbed, helping to repair the damaged muscle and improve recovery. By taking in that extra protein post session we can increase our daily load and make sure we meet the required amount. Protein consumption should be spread across the day, one large lump of protein will cause the ceiling effect. For example, 100g per day is better consumed as 25g over 4 meals or snacks rather than one large meal. Anything over 40g in one sitting is unlikely to offer any additional benefits.

Which protein sources are best? Proteins from sources such as chicken, pork, beef, fish, milk and eggs are complete proteins, meaning they provide a good proportion of the amino acids the body requires. They are also a rich source of the amino acid leucine, the primary amino acid involved in muscle protein synthesis. Incomplete proteins are those such as plant proteins, and they lack certain amino acids and need to be combined to get the full range. This is particularly important for vegetarians. Legumes, nuts and wholegrains and sources of protein but only provide a small amount.

Some people may opt for supplementation instead of trying to consume greater amounts of protein in food. Ideally these would be used for convenience and as a last resort. Competitive athletes need to pay particular attention to where these are sourced, as there have been several cases of lower quality supplements proving to be contaminated with banned substances. Amino acid supplementation is also available, which usually contains 3 or 4 of the essential amino acids, but again provides a relatively small amount that could easily be gained from food.

During the manufacturing process protein supplements are purified and this can result in a high phosphate content. Over consumption of phosphate can cause an increase in urinary excretion of calcium, which in turn can affect bone density. This should not be a concern for most, but females should be aware of this, particularly younger athletes and those going through the menopause. We’ll cover more on this in later posts. Where possible avoid proteins that have been processed with various chemicals, the natural sources are better.

It has been suggested that high protein consumption can lead to kidney or liver damage. However there is little evidence to support this, and most people are highly unlikely to consume too much.