I’m Alice and I’m planning on running a marathon in every county in England.
I love running and I figured it would be a good way to see the country.  There’s 48 ceremonial counties in England, many of which I’ve never been to. When I came up with the idea I’d run eight marathons but only three of them qualified for my challenge…
This year I’ve been busy and have run 14 marathons, and a further 6 that ‘didn’t count’ either because they were abroad, not official races, or duplicate counties.
I’ve got five booked for next year already!
I started running in 2013… I did Couch to 5k … it was actually the third time I’d done it as I gave up running again the first two times after I completed it! This time it stuck and I’ve been running ever since.
It’s easy to keep going because if you run marathons regularly enough, you don’t really have to do much training, so I’m the laziest runner you’ll ever meet. I only manage to get out once or twice a week plus a marathon every 3 weeks or so – I’ve got a lot slower since I started running marathons. My fastest marathon is 3:59 and my slowest is 6:15, I usually finish around 4:45.
It’s really hard to pick a ‘favourite‘ county, there have been some really great ones. Dorset was wonderfully hilly and beautiful, West Yorkshire I got to wear ridiculous fancy dress, Shropshire I was given a beer at the finish line. At many, many races I’ve met lovely people and seen and heard some great stories. Conversely… well…. Suffolk was pretty miserable because of the long drive to get there, Hampshire annoyed me with sexist signs and Lincolnshire I fell into a bog. You can read more about each Marathon on my blog HERE.
I believe anyone could do this, run a marathon in every county, if they wanted to and I’ve met many people with more impressive achievements than mine along the way! 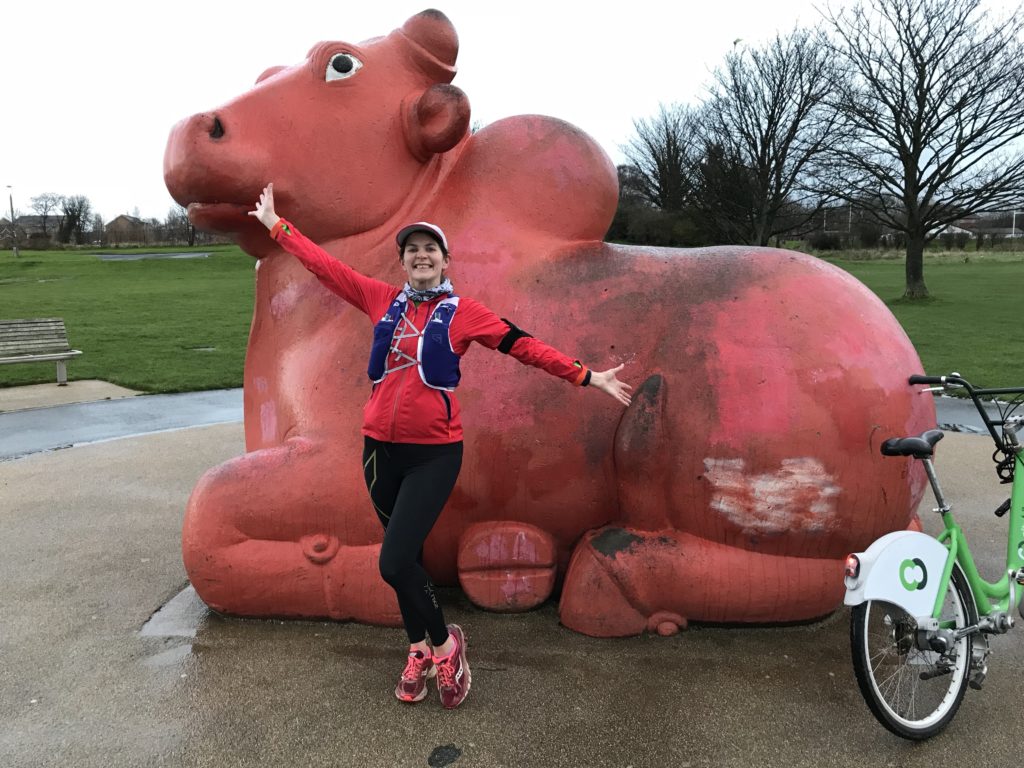 ——————————————————
Alice isn’t doing this challenge for a specific Charity however does hope to raise awareness of non-directed kidney donation. In 2017 Alice donated a kidney to a stranger. This has not stopped her from running at all and in fact she says she is now fitter than she was before.
Tt is important to raise awareness that kidney donation is a) possible b) life-changing for the recipient and c) doesn’t prevent you from running/keeping fit/living your best life!
Before, during and after donation Alice was supported by the incredible Give A Kidney charity – if anyone wishes to show support, donate or find out more about Give a Kidney Charity and non-directed Kidney donation you can do so HERE.