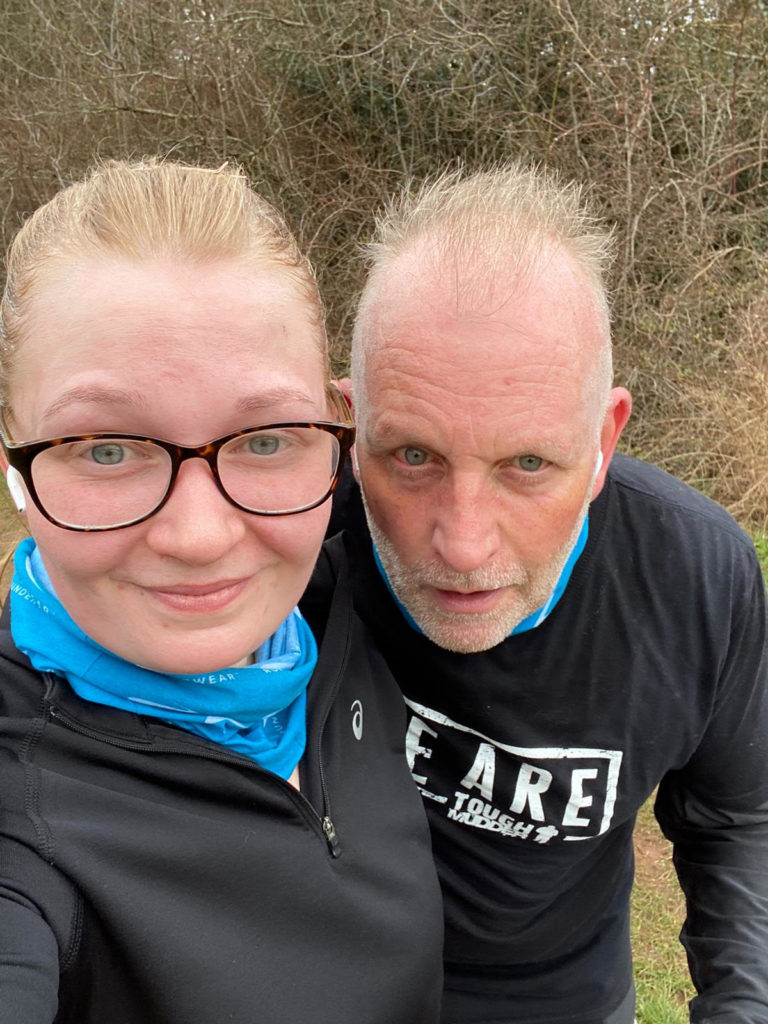 2020….a year of change for so many different reasons.

We really couldn’t say no.We had time during lockdown and no excuse to not get fit and help out.

With the highly commended APP “Couch to 5k” downloaded to our phones..a pair of old trainers and all the will in the world we set off on our journey of change.

After 5 weeks we ventured out on the road and started running along the former rail line now called the Staffordshire railway walk.We started really early in the mornings around 5:30am just to get some privacy and avoid any embarrassment!

After 9 weeks we got to run continuously for 30 minutes and finished the program.

Unfortunately due to Covid 19 the original Tough Mudder had to be cancelled however we had already started fund raising and decided to carry on training and running our own version of a tough mudder.

When the big day came around we ran 11k (which was the longest at the time) and completed a mini assault course in the garden at home.In total with gift aid we raised over £1800.

Keen to not lose the momentum we decided to continue running after the event and progressed to 15k 20k and then a half marathon!

Then another “tweet” from Compton Care who had a couple of spaces left for the London Marathon! Well why not! So here we both are….running to help people with incurable diseases get some much needed help.

We both never saw ourselves as runners but given that both of our parents and grandparents spent time at Compton Care towards the end of their lives this is a little bit of payback time.

To support Andrew with his journey and fundraising, head to his Just Giving page HERE.