My Dad’s family were all from Altrincham.  Dad was brought up on Manor Road during the war then his parents moved to High Street and their house is now part of the solicitors next to M & S and although it’s changed somewhat it’s still the house I visited regularly until the late 1980’s.

My parents married at Dunham Massey Church and bought a house on Grove Lane, Hale, which was where we lived until I was 5 in 1970.  I was baptised at what was then St Davids Church, Hale and my grandparents are buried in the Cemetery on Hale Lane. 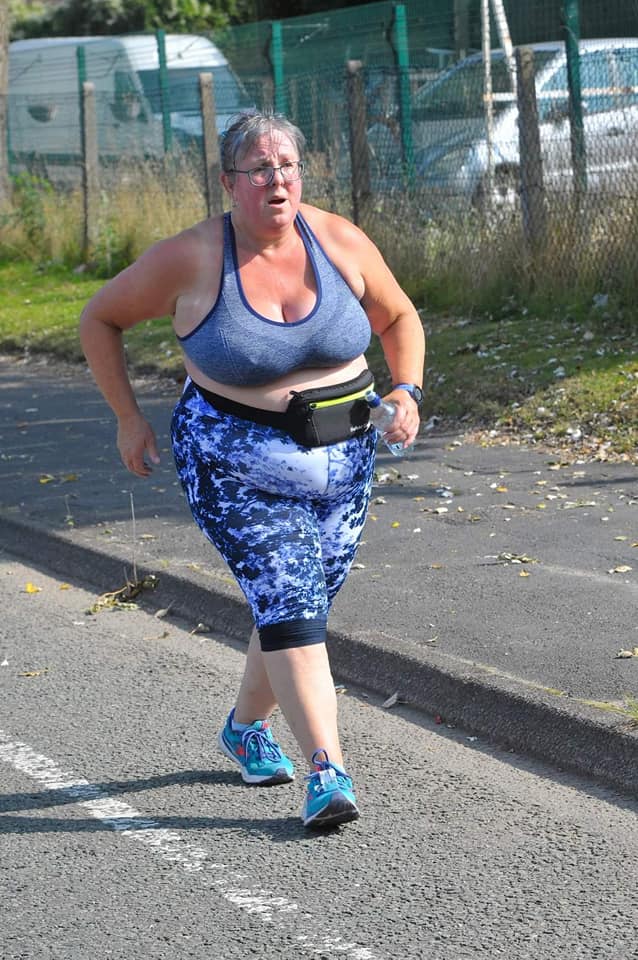 So when I read about the Altrincham 10k I signed up as it would be full of memories.

I only started “running” again at Christmas after 18 months of injury, but my daughter put together a training plan for me and I’ve stuck to it and my target was a 2 hour finish.The marshals were fabulous!  A lovely lady joined me around 5k.

The vans collected the cones behind me.  A lovely driver on Grove Lane kept my pace playing music.  The marshals joined as I passed and the paramedics stayed near by – just in case.  I did have a moment at Stamford Park (9.5k) when I almost gave up but I was encouraged to take a couple of minutes and rehydrate and carry on.

That final hill was a killer, but I found a last little bit of effort to run down to the finish line with everyone cheering me on.  What a lovely atmosphere to finish in!  Incidentally I finished with a PB 8 minutes faster than my previous 10k at Blackpool in 2019.

Thanks so much to everyone who was so encouraging and friendly! I know I had a lie down in a shop doorway, but did make it back to the hotel and had a celebratory pint or three in the market with runners I had only met that morning. A fabulous day and hopefully I’ll come back for another run in Altrincham – just for the fun of it next time!

Gillian ran the Altrincham 10k in September and has a JustGiving page for the charity that she is fundraising https://www.justgiving.com/fundraising/gilli-eastwood