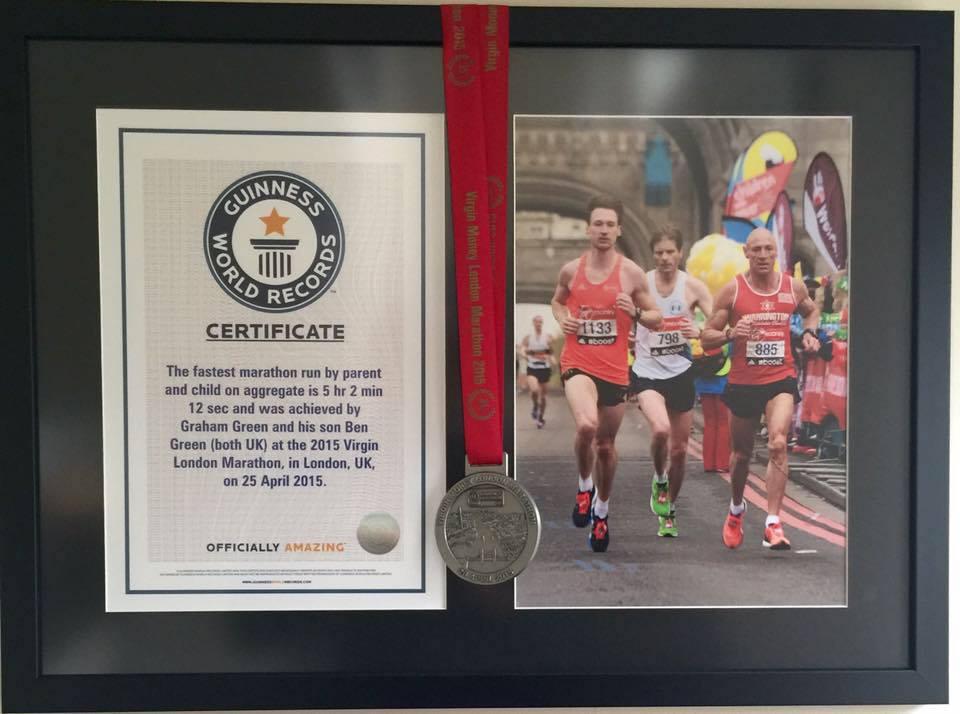 Graham Green, along with his son Ben Green (co-founder of RunThrough) set a Guinness World Record in 2015 for fastest marathon run by parent and child. Since then he has gone from strength to strength, but it hasn’t been an easy journey.

He tells us what has happened since April 2015….

18 months ago, I experienced an athletic achievement that I never dreamt I could achieve.

I had been a fairly fit man with a running background approaching my 50th birthday. I was heavily into gym workouts backed up by running to keep my body weight down. I had been a keen runner in my youth and quite a successful schoolboy athlete completing in cross country during the winter and on the track in the summer.

As I have mentioned elsewhere in another article written for RunThrough, 8 months before my 50th birthday I decided that I would attempt to win the veteran 50 category at the 2015 Virgin London Marathon.

I changed my outlook on fitness and my whole training structure for those 8 months. I adopted a strict diet and trained hard in the months leading up to the marathon.

The race itself exceeded any expectation that I had for myself. I ran 2hrs 31mins 56secs and I was indeed fortunate enough to win the veteran 50 category, and my time placed me 8th on the All Time over 50 list. I was on a high all summer in 2015 after the race and I felt indestructible. I thought that I was superman.

How wrong I was!

I neglected to give my body ample time to recover after a hard marathon. I was back in training within a week and focused on a local 5k road race just 3 weeks after the marathon. This was the start of 16 months of misery for me as far as my running life was concerned.

During an interval session of 800m repetitions I pulled (or rather strained) my right hamstring. No problem I thought, a few days rest and I would be back out there and on course to run a full summer campaign on the track.

Having again not given my body time to recover, I carried on training and worse was to follow. Within a month I pulled my left achilles tendon. This injury felt different, I immediately understood that the pain from my tendon was going to be long term.

It was a full 12 months before I was back into any kind of serious running training. I had kept fit cross training and maintained the intensity of my gym workouts. However, nothing can substitute the pounding of the roads and getting my running leg muscles back up to a stage where I was confident enough to get back into full training.

At the end of July 2016 I felt I had enough background to move my training onto another level. For the first time since April 2015 I was running pain free and my legs felt strong and conditioned to train hard.
I had built my training up so as of August 1st 2016 I was up to running 95-100 miles per week. I was also running a couple of long interval sessions per week as well as a long run of up to 18 miles.
I maintained my training and targeted the Manchester Half Marathon at the start of October. I hit great shape and was really confident of running something special in the race.

5 days before the race I woke up with a sore throat. By the evening I was struggling with flu. I tried to convince myself that it was a mental issue, but when I went into work a couple of days before the race, all my work colleagues had the same symptoms. We were a sorry sight.

I decided that I was going to start the race and see how it went. I had trained so hard for so many weeks that I had to give it a go. I finished the race just outside 74 mins. I was really disappointed, but also proud of myself that I had given it a go and not wimped out. My time was the 2nd fastest half marathon in the UK for a veteran 50 in 2016. 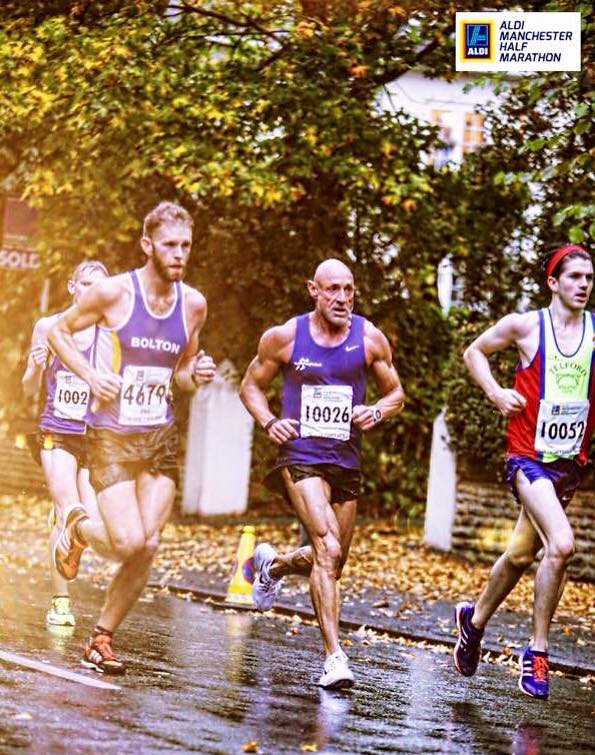 I recovered from flu within a couple of weeks and decided to enter the Leeds Abbey Dash on the first weekend of November. Perhaps the highest quality 10k road race in the UK. I ran a controlled race, perhaps a little too controlled. I ran the 2nd 5k of the race in 15:58 and finished in 33:04. I was fortunate enough to win the vet 50 category and even managed to beat all the vet 40’s.

Again I ran the 2nd fastest time for a vet 50 in the UK for 10k in 2016. I was moving in the right direction and could feel my race fitness returning with each race. The following weekend on November 12th I decided to run the Cheshire 10k at Arley Hall.

The weather was poor, with wet conditions and a swirling wind. I finished in 32:53 again winning the vet 50 cat and moving to the top of the UK veteran 50 10k rankings for 2016. 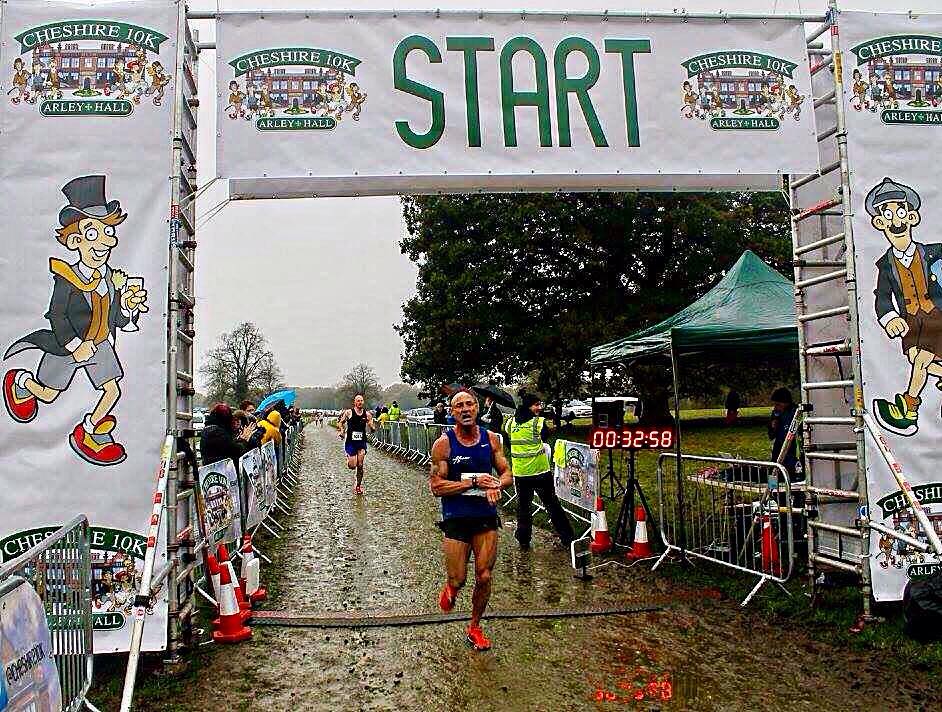 Writing this on 14th November 2016, a significant day for me as I have entered the 2017 Virgin London Marathon.

It is time for me to have a couple of easy weeks of gentle running, and allowing me to mentally recharge my focus and also just as importantly allowing my body a few weeks of recovery before I focus on my preparation for April 2017.

Anything can happen in the next few months, but I shall be aiming to run a good marathon in the spring and hopefully I have learned to back off when my body tells me to.

Good luck to my fellow athletes in achieving your dreams, and remember to back off when the time is right. At the same time, you have to be prepared to work hard to achieve your goals. Be honest with yourselves, as only you know if you are genuinely training too hard for your body to cope with. 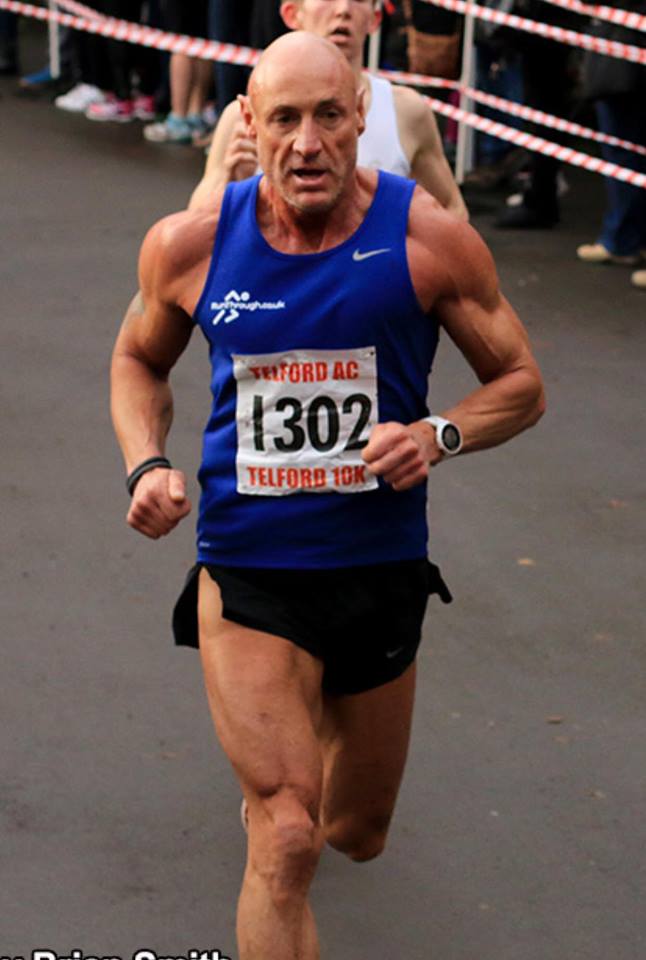