This weeks runner feature is the incredible Kat and Libby. This pair have set themselves one hell of a challenge all in aid of Cancer Research UK in the loving memory of Libby’s mum Jo, and Kat is going to tell us all about it! 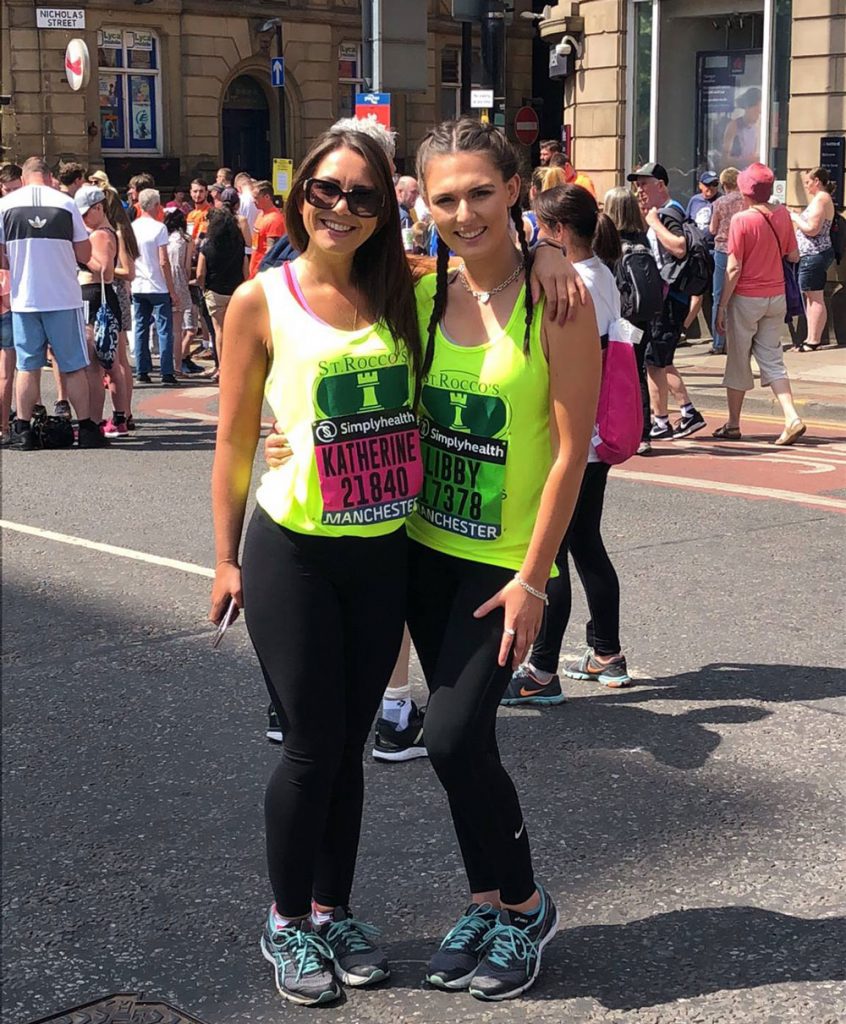 This year, we would like to put our self to the test and raise as much money as we can for Cancer Research UK.

In 2017, Libby and her brother Bailey sadly lost their beautiful Mum Jo.

Libby was 22 at the time and her brother 18 – as you can imagine, Libby and Bailey’s world was turned upside down as they had to come to terms with the loss of their mother at such a young age.

Naturally Libby and Bailey were heartbroken, but instead of becoming victims and dwelling in sadness (which would only be natural) they both have been incredibly positive and celebrated their mums life.

Libby is my very best friend. You would not believe the strength, energy and happiness she continues to radiate!!

Libby has turned a horribly sad situation in to something really positive, and together we have plans to support Cancer Research UK.

In 1998, I lost my grandma to bowel cancer, it’s been 20 years this year. How can life pass by without the most important people in your life being there to share it with you?!

My grandma was too embarrassed to go to the doctors, so by the time she did; her cancer was 6” long – the same size as a small ruler. She had no chance!

This year myself and Libby have decided to do our bit and plan to raise money, raise awareness and celebrate those we miss.

On February 23rd, Jo would have been 50 and so to mark the occasion, we plan on embarking on 50 CHALLENGES. These need to be completed by Jo’s 51st birthday.  We intend for these challenges to be truly gruelling and a real test. If we want people to back us and donate plenty of money, we really need to push ourselves and that is exactly what we are going to do!

Once these have been completed, we plan to have a HUGE fundraising party to celebrate with all proceeds going to Cancer Research UK.

Take a look at what our challenge involves…

9th November – 12 Hours on a Treadmill

Last year we completed 5 challenges in 5 weeks to support St Rocco’s Hospice who cared for Jo before she passed.  We raised £1,500.00 by completing a 3hour spinathon, running the Great North 10k, climbing Jacks Rake, Snowdon, and winning a dragon boat race. There was a huge amount of blood, sweat and tears, and although it was really agonising; it was totally worth it. See the pictures below of these challenges…

Kat & Libby have started a YouTube channel to not only share their challenges but to publish videos documenting the battles Libby has had to face coming to terms with life without her mum. What an incredible admirable thing to do that will no doubt touch many hearts and also help others with their own personal experiences wth cancer and illness within their family.

Together Kat & Libby aim to turn a horrible situation in to something really positive by continuing to share their overflowing love and energy!

As they say themselves – “We’re two girls who want to make a big difference.”