My Run story is a long one starting with a heroin addiction at the age of 18/19 right through until 2008 when I became clean and sober and started to change my life, I went to college and studied computers in order to function in modern life.

I met my now fiancée and began a family together bringing together 3 step children and now 4 children total with 2 year old twin girls being the most recent additions.

I also moved away from my construction job and started work supporting rough sleepers off the streets for a small homeless charity which gave me allot of pride to work there.

With all of this going on I started a slow progression of weight gain over the years and ballooned to 15 stone from 9 stone I was always around all my life.

I began to suffer with health anxiety and panic disorder and have had to take some time off work to rebuild myself mentally and physically, the lockdowns and pandemic brought home to me the importance of my health, so I began a journey of weight loss starting with diet changes and weight training with yoga and guided meditation, I worked myself towards cycling and then running, which I now love and has also helped me to lose  2 stone and I’ve never been fitter. 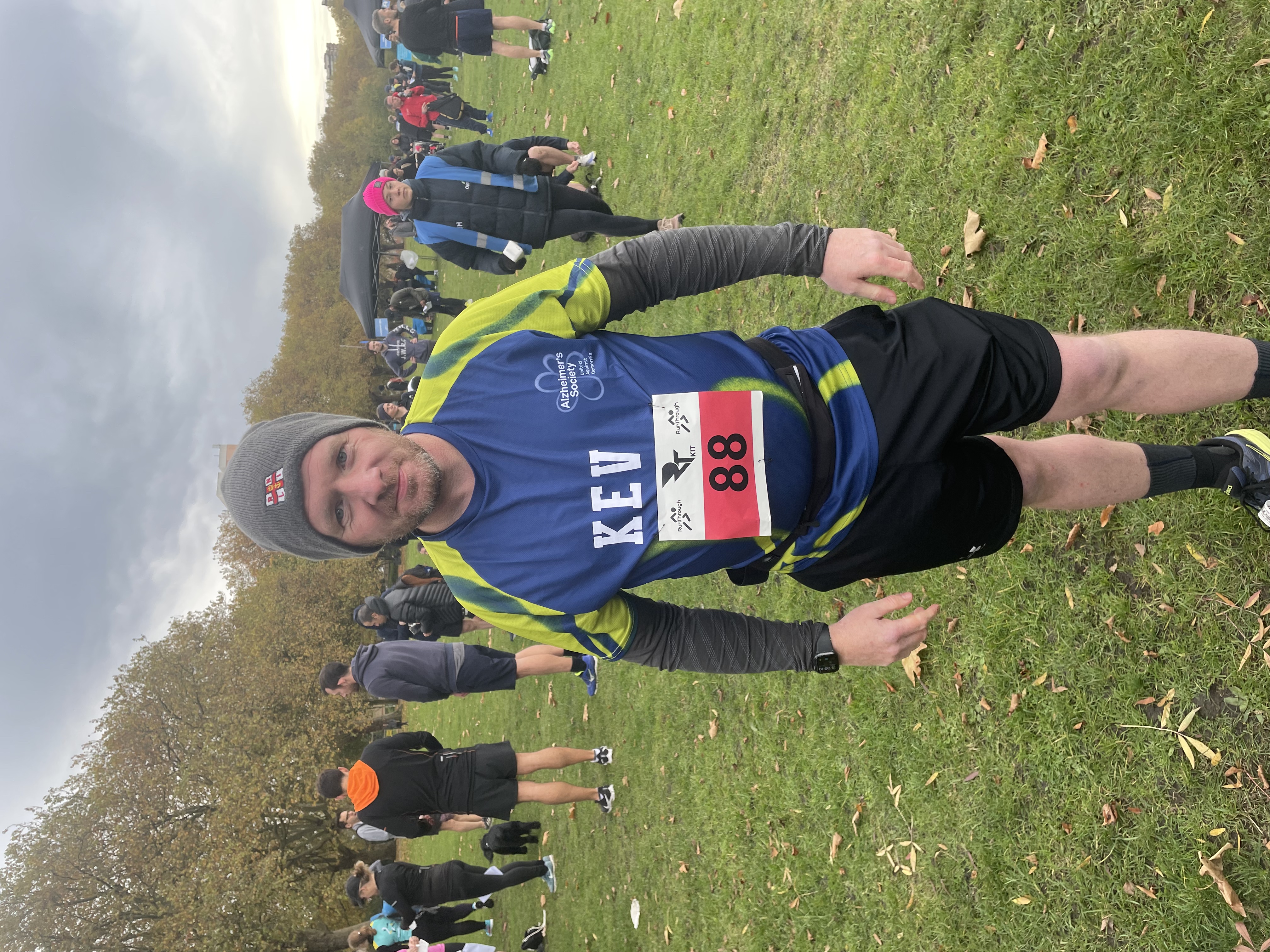 I decided to run Victoria Park 5k as my first ever race as a challenge to myself and a goal to aim at whilst training, I unfortunately picked up a couple of injuries and was unable to run up until a few days before the race so spent most of my training cycling, so I really struggled towards the end and never reached my time goal, but I’ll be back to try again soon, but I was proud of making it the end and the buzz I got crossing the finishing line and picking up a medal was a real achievement and another personal goal for me.

I was determined to run and with my goal to raise money for Alzheimer’s society, as I have family suffering from dementia and seen first-hand the terrible disease this is,

I was so proud to run in the Alzheimer’s top and to have contributed a little bit of money to support such a valuable cause.

I would one day like to try the London marathon but until then I will keep running smaller events and training improving my fitness and building towards running for charity in the London Marathon.

I’m also hoping to complete the three peaks challenge next year so definitely more adventures and goals to come for me.