The first time I ran a race, I swore I would never do it again.

Five years later, I’m 4 marathons down, countless other races have been ticked off, and millions (OK, it feels like millions!) of miles have been run.

Back in 2015 I ran a local 10k race to raise charity funds. I didn’t train properly and I can safely say I crossed the line with the opinion I would never bother with it ever again.  2017 came round, and following the death of my Grandfather, my sister and I set out on a mission to raise some serious money for Cancer Research UK in his memory.  After a lot of debate, we figured that running would be the most hilarious activity for us to tell our friends we were doing. Responses ranged from “Running? You two?!”, to genuine laughs, and a lot of people parting with their cash in return for tragic race photos of us.

Throughout the year, we ran 14 different 5/10km races and half marathons, and raised just over £4.000 in the process. Somewhere along the way I well and truly caught the running bug, and signed up for my first ever marathon the year after; 2018.

2018 was the year running truly changed my life…

Living in London, I was lucky to have a wealth of races available on my doorstep – and this is how I was introduced to RunThrough!  As I plodded pavements racking up miles for my Liverpool half marathon / Marathon training, I began using these events as part of my long runs in order to break up the miles and not be out there on my own. Soon enough I started seeing the same familiar faces, became addicted to the world’s best flapjack (not biased), and found myself involved in a truly amazing community.

Having suffered from mental health issues, running became a real escape for me and I found the headspace it provided entirely refreshing. This new found confidence and belief in myself saw me wanting to challenge myself to achieve more, and train harder.

With my first marathon ticked off, I set my sights on the Valencia Marathon at the end of 2017 and was delighted to run a big PB.  Up next came London where I was over the moon to run a time which qualified me for the Boston Marathon 2020! Near the end of 2019, I ran the Berlin Marathon following a training cycle plagued with injury, and whilst it wasn’t a PB, it was some of the most fun I’ve ever had as I went out there with such a big group of friends.

Post injury, my confidence was boosted back up with a solid training block seeing my first few races of 2020 being smashed out the park when the dreaded Covid-19 hit. Whilst the Boston Marathon has now been pushed to September, I’m still continuing to train, looking to maintain fitness levels before hopefully heading into a 16 week training block in June. The culmination of this will be the Chicago Marathon, and Boston – just a few weeks before – now becomes less of a PB opportunity, and more of a chance to celebrate how far I’ve come so far.

Over the last few weeks, being part of a community has been so important in remaining positive with everything going on. I urge you to say a hello to the person next to you on the start line of your next RunThrough race! Through all the friendships I have developed within such an amazing community over the last few years, I’m now lucky enough to have the opportunity to not only continue running at RunThrough events, but also lead the occasional warm up from time to time too, and I can’t wait to see all your lovely faces when we can be back on that start line together again! 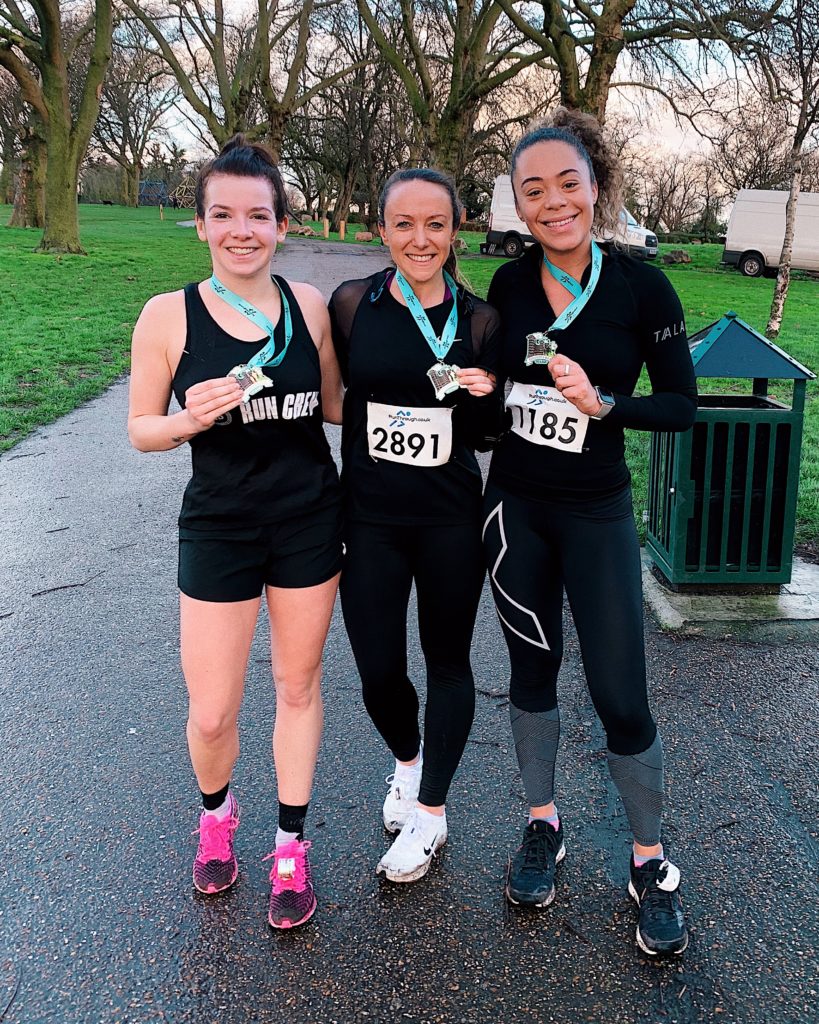