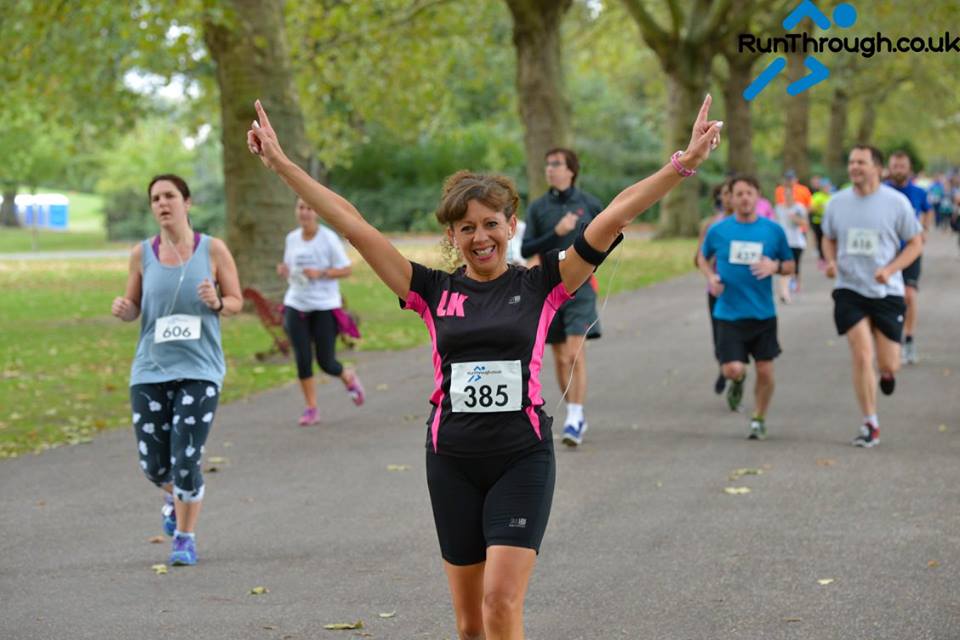 Lorraine Knight has transformed her life through running and healthy eating – she lost 5 and a half stone and has knocked over 2 hours off her marathon time!! She strived to feel fab at 50, have a read of her story:

At school I was always a keen runner … representing my School in racing & Cross Country events. However, once I started work at age 16 and driving at age 17, the running slipped from my routine, then of course once marriage and a family came along, I did attempt to keep fit but running rarely, if ever featured in my regime.

It wasn’t until quite unexpectedly I lost both of my Parents to cancer within 6 months of each other (Dad aged 65 in Dec 2004 and Mum aged 60 in June 2005),  that I decided to run the 2006 London Marathon, with my main aim being to raise funds for Macmillan Cancer Support.  The charity had been a tremendous support to our family during what was a devastating time, and I wanted to give something back.

My thought process went something along the lines of:  “Well,  I ran at School so it should be pretty easy to pick up again …. Right??”

I hadn’t actually considered the fact that School running had been some 26 years before, and since then I hadn’t even run for a bus!! So it came as something of a shock when having secured my Marathon place, my first training run of less than half a mile left me panting and struggling to breath. I even went to my Doctor thinking there was something wrong with my lungs, but after running a few tests, he bluntly pointed out that my lungs were fine, I was just unfit!

I persevered with the training and ran/walked my first Marathon in April 2006 finishing in around 7 hours, raising over £2,000 for Macmillan.I was euphoric to have completed it and vowed to keep training. Unfortunately despite best intentions,  I didn’t continue with my running but on a whim ran London again two years later in 2008 with little or no training – finishing in over 7 and a half hours. My next Marathon was 2011 when I ran London in a similar time to 2008. 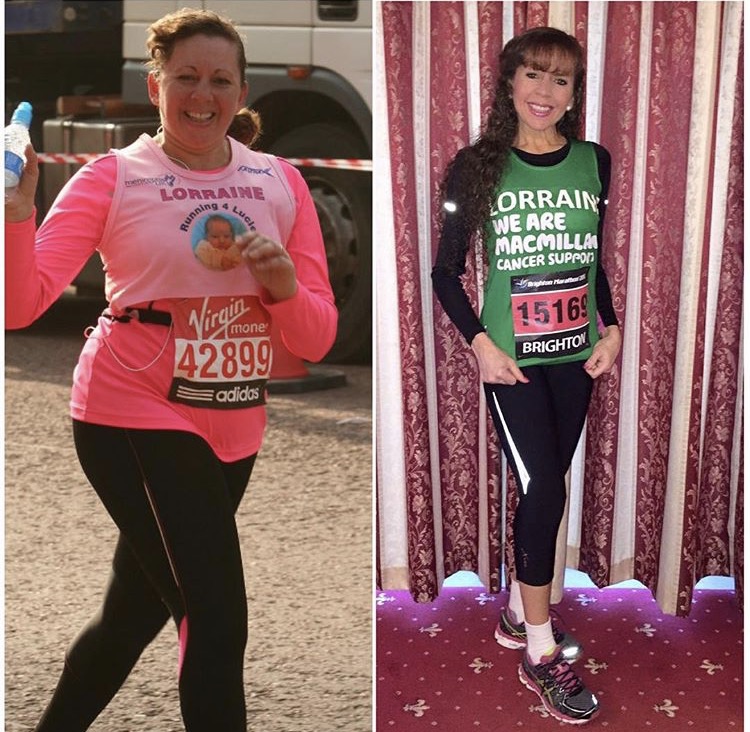 Looking back, it seems mad now, that yes, I had finished all three Marathons and raised thousands of pounds for the Macmillan charity in the process, but I hadn’t really trained properly or given myself enough time to get into the best physical shape for the challenge. Also after each Marathon, my good intentions to keep up the running failed to materialise.

However, my turning point came at the end of 2012 when I was unexpectedly diagnosed with diabetes. My Dad had had the disease as well as my Grandfather who sadly lost his leg and eventually his life to the condition. I had been diagnosed with gestational diabetes with my last pregnancy in 2000 and was told that due to the family history, I could develop the condition later on in life. I had thought perhaps in my 60’s or 70’s,

NOT MY 40’S !!  It came as a complete shock to say the least! At this point in time I became aware of the fact that I now weighed 12 stone 13lb (How had this happened)???  At 5’2” tall, this was far too heavy for my height so I decided I should really do something about my weight and general health and fitness.

I embarked on a healthy eating regime and more importantly I started running regularly and slowly but surely, the weight started to drop off me. My once sporadic running became a way of life for me … I began (and continue)  running in my lunch breaks which not only helped with my weight loss but gave me a break from the desk and a chance to have some ‘me’ time.

I exceeded my target weight goal, and was proud on my 50th Birthday party night in April 2014 . I am now 5 and a half  stone lighter and have maintained this over the past two and a half years. 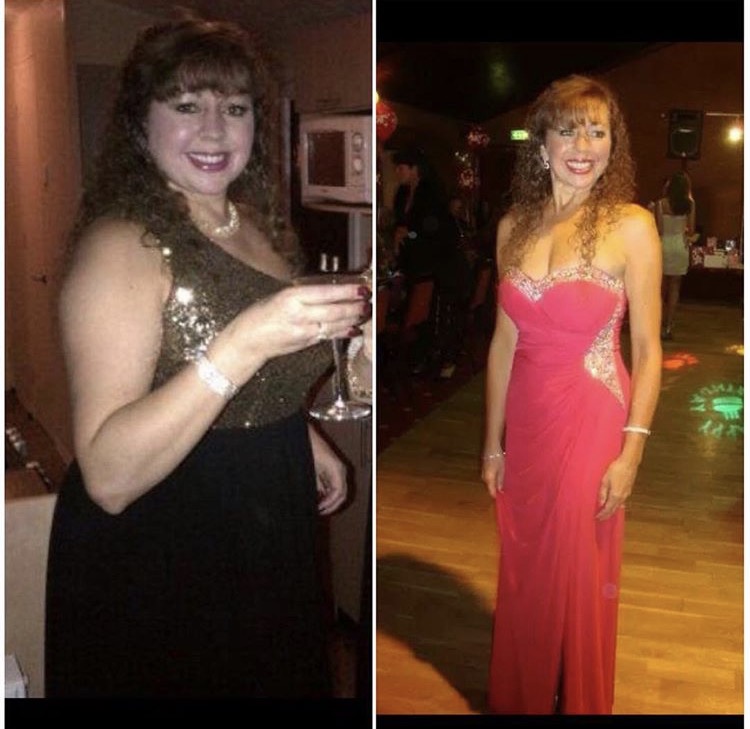 My diabetes is completely  controlled with my Nurse calling me her ‘dream diabetic patient’  with no need for insulin or tablets of any description.

There is NO going back … this new me is here to stay.

I ran the Brighton Marathon in Spring 2015 , finishing in a time of 05hrs :05mins, and then ran Cancer Research UK’s very first ‘Ladies Only Marathon in October 2016 in a similar time. I completed my 6th Marathon in Paris on 3rd April 2016,  on my 52nd Birthday this year,  finishing in my best ever time of 4 hours 52 minutes. In 2006 my first marathon took me over 7 hours!  I attribute my weight loss and sensible training programme to having the ability to knock over 2 hours & 40 minutes off my time.

I have also continued my fund raising for Macmillan when taking part in my bigger events and am always looking for new ways to challenge myself.  With this in mind, I am looking forward to running my first 50k Ultra Marathon in September 2017.

So, for anyone else who may be  feeling demoralised during your fitness and/or weight loss journey – DON’T BE .. I too had many a day like that.

Running and healthy eating is KEY !!

Whatever your reason is for running, keep up the good work everyone!! 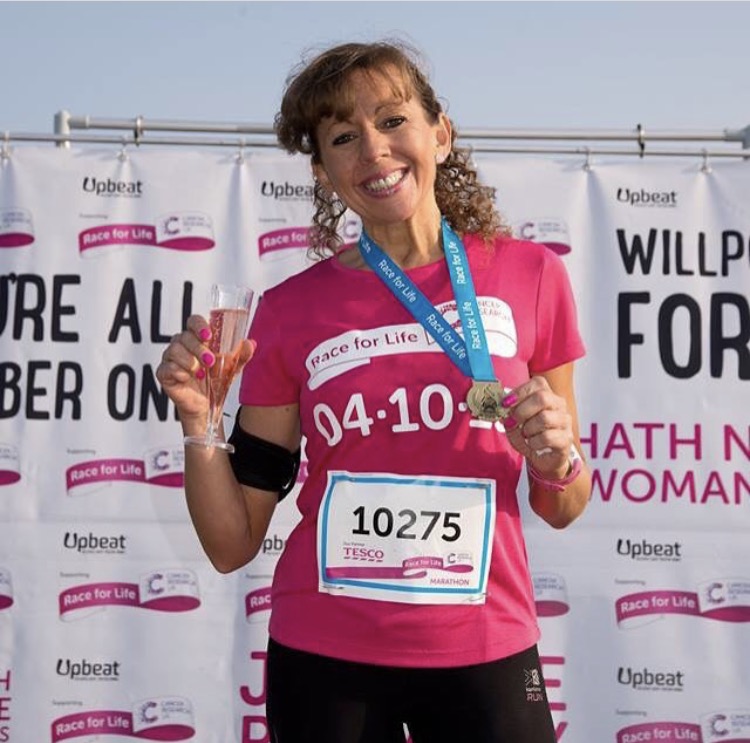