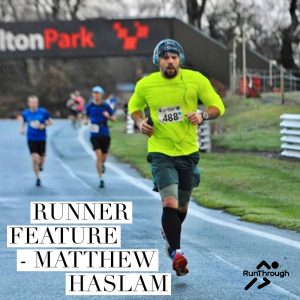 My name’s Matt I’m a dad of 4, soon to be 5, and am married to my Kay who’s been a huge part of my training and my best supporter!

Well 2018 started and I was incredibly out of shape, so much so I didn’t even want to check my weight!! New years resolution was to lose weight, and when I stepped on the scales I was 19.5 stone!

I was very overweight, I started running on the 22nd January to lose the lbs. I ran 5k in a sauna suit, and did so every day after that without a day off for so long – no matter how long it would take. I changed my diet, cut out the fizzy drinks, chocolates, crisps, cakes etc.

The first month or two was the hardest, motivation was a massive factor because before January I had none of it!

I watched a documentary on YouTube called “Running to the limits” and it was about an overweight man in his 20’s, he was a drinker/smoker, weighed over 16 stone and he set out on a journey to run an Olympic qualifying time at the London Marathon – what he achieved inspired me to push for things that I thought was unreachable… so I set myself a few goals:

I started training for my first race which was the Manchester half marathon on 20th May. I was 14.7 stone on race day so I had lost almost 5 stone!

On September 2nd I got my sub 90 half marathon at the Hatters half in a time of 1:28:59. I was unfortunate to get injured a week after this on 9th September while I was training for the Chester Marathon on October 7th.

I couldn’t walk… two separate doctors told me that if I ran a marathon in 4 weeks that I wouldn’t finish it and I’d probably need surgery on my knee because I would make it worse. I had to lay off training for a full 3 weeks. I managed a couple of runs the week before the marathon but nothing that gave me confidence I could achieve my goal time – my goal now was to finish and finish without being more hurt than when I started! It was all going well until the 35th kilometre, when I hit “the wall” and my average pace dropped from 4:56 p/km to 5:14 p/km, the last 7.2 kilometres took me over 40 minutes and I finished in 3:40:49.

After the injury I had more or less given up on the sub 40 10k attempt in November, I didn’t think my knee could take the training to push for that kind of time so I convinced my wife and her friend to sign up, so I could help them achieve a PB for themselves, then all wasn’t completely lost. One week before the 10k (November 20th) I saw an advert for a marathon at Oulton Park on 2nd of December so I thought great.. I had been doing a
November 25th and the Wilmslow 10k, both my wife and her friend had gotten ill before the race and couldn’t go, I had just put in a big week of running because of my last minute marathon entry so I wasn’t confident of a good time at all… but I knew it was my last chance of the year so I went for it as hard as I could. I rolled over the finish line at 40:18 I was 18 seconds off my sub 40 but I was over the moon with the time! No time to rest tho because my second marathon was one week away.

I weighed myself on marathon day (December 2nd) and I was 14.1 stone!

I ran the first half of the marathon in 1hour 40, I knew I needed a big first half to make up incase the same thing happened at mile 22 again.. the hills on the course were soul destroying.. it was so tough.. the last 10k again was a killer.. the worst ever but I didn’t let it beat me this time and I got a time of 3:29:10. 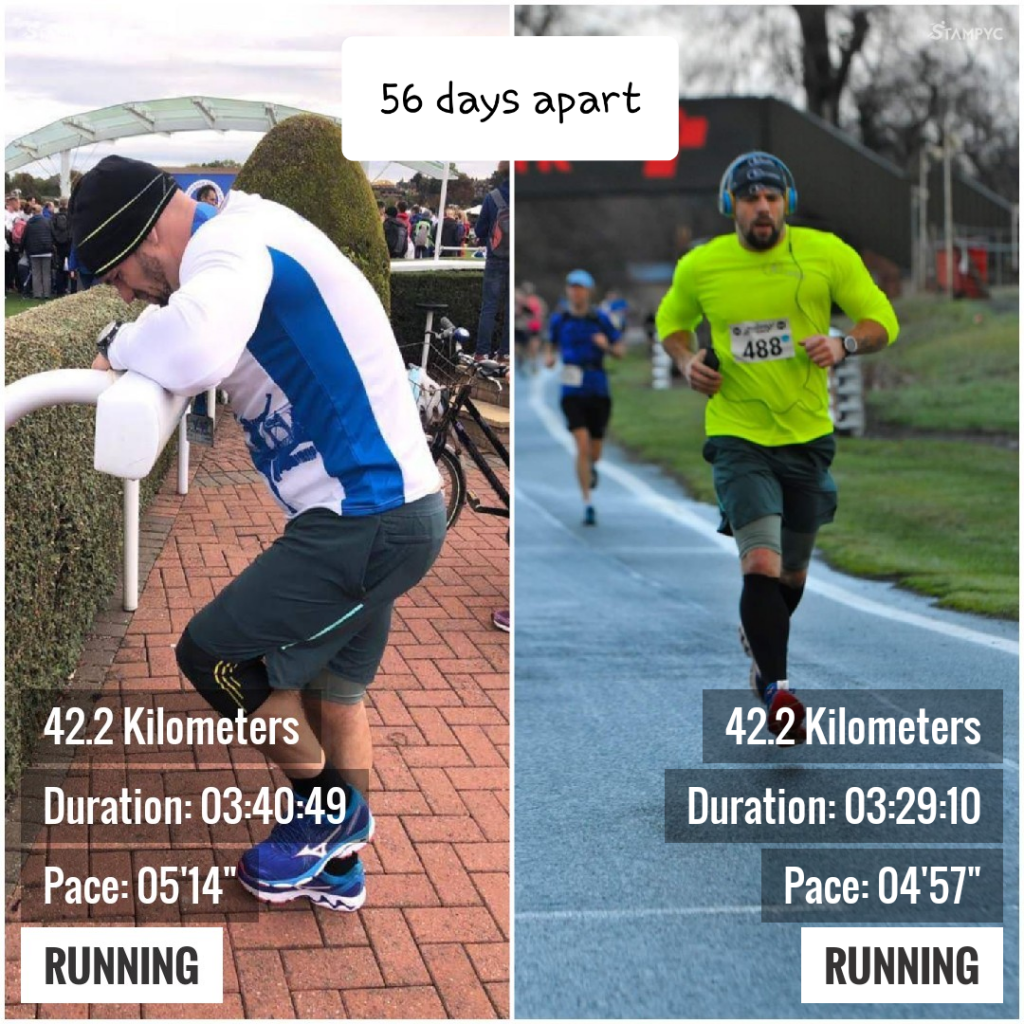 Running for me was always about inspiring my kids, I wanted them to see their dad do these things to show them that you can do anything you set your mind towards! Well, it worked because my 7 year old daughter Katie broke the one mile record in her school and won a prize for it, it’s things like that make me push harder. I get more inspiration from my kids than they get from me, it’s a two way thing for sure. All my kids are pushing for there own goals in swimming, gymnastics and running!

Im currently doing the last challenge of my year and that is to run my highest monthly mileage.. target is 200 miles and I’m currently at 186 with 4 days left. I set this for myself because I knew going into December that motivation would be lower due to having no races lined up and the darker nights mixed with the Christmas and New year festivities, it’s been a good but challenging year and I’m ready for my 2019 goal of breaking the 3 hour marathon.

I think you could say i’ve had a pretty successful year having ticked off 3 of my 4 2018 goals: