My running journey started in May 2015, at the time I was a street skater (in-line skates) if you ever seen a group of people skating on the road in central London with music, that was me.

Anyway, I had seen one of my mates from skating do a Tough Mudder Obstacle Race and I wanted to try one for beginners so I asked if I could do one with him, a few weeks later I was booked and had all the kit. The day came for Nuclear races, all I had been warned is it was an extremely muddy one, it was a 7km course with like 100 different challenging obstacle. We completed it and I was covered in mud, cuts and bruises, in places I didn’t even think possible, but the adrenaline and sense of completing it and my first bit of bling was all I needed to kick off my addiction… 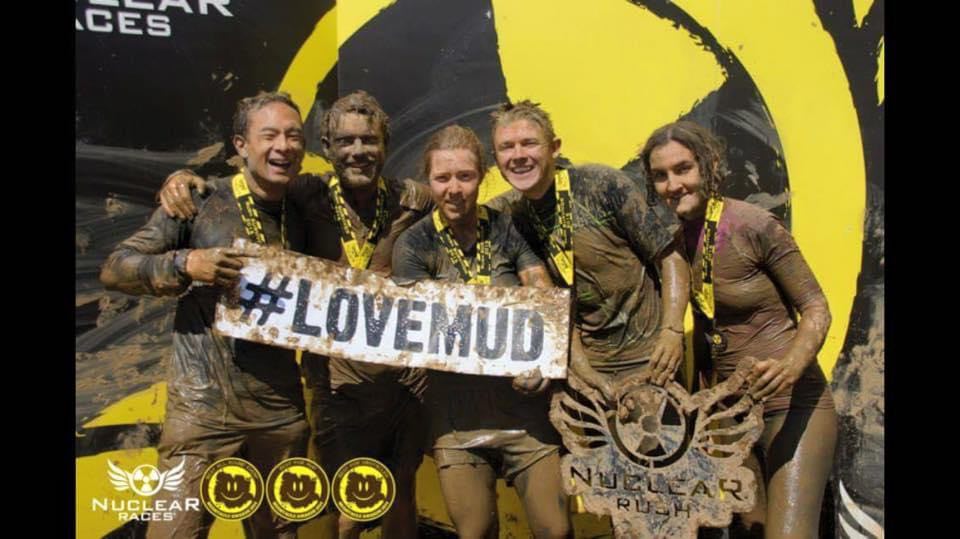 I have completed numerous obstacle races up to now and still love them as much as I always have, but after one in winter in freezing conditions and getting pulled off the course for borderline hypothermia, I realised the winter obstacle races wasn’t for me, but I needed a new challenge to keep my running fitness up in the winter.

I did a google search and found a company called RunThrough and booked a 5km at Greenwich in February 2016 with a friend – yes I know I wasn’t aware of the hill!!

In July 2017 I signed up and went back to RunThrough for the first Crystal Palace race. I had a new year resolution (I know delayed) where I promised myself that even if a friend couldn’t make a run I would still go and not let my anxiety win. I suffer with bad anxiety and up to this point it always won at any social event I had to attend on my own. I was very nervous and I’m also painfully shy so would stand on my own for numerous events even tho the staff and people were so lovely!!!

I started running regular events from then, not just RunThrough any event I could find, and I had shared a few hellos with other racers but due to my awful anxiety and shyness it wasn’t until my 50th medal in June 2018 that I spoke to anyone properly.

It was in RunThrough’s Victoria Park for that race and I had just finished my race and was taking a few pictures when I was approached by a runner and explained that after each race another runner Mike (known to many as Happy Deaf Mike) did a medal filming where you showed with your fingers the medal that he was on for that day, I agreed and was introduced to Mike and did the medal filming.

After that any RunThrough event I attended Mike or anyone I had met would make sure I never stood alone before or after, I was always included in pictures and I was introduced to anyone I had not met and everyone was so friendly, that’s when I became part of the RunThrough family and I can’t thank them enough! 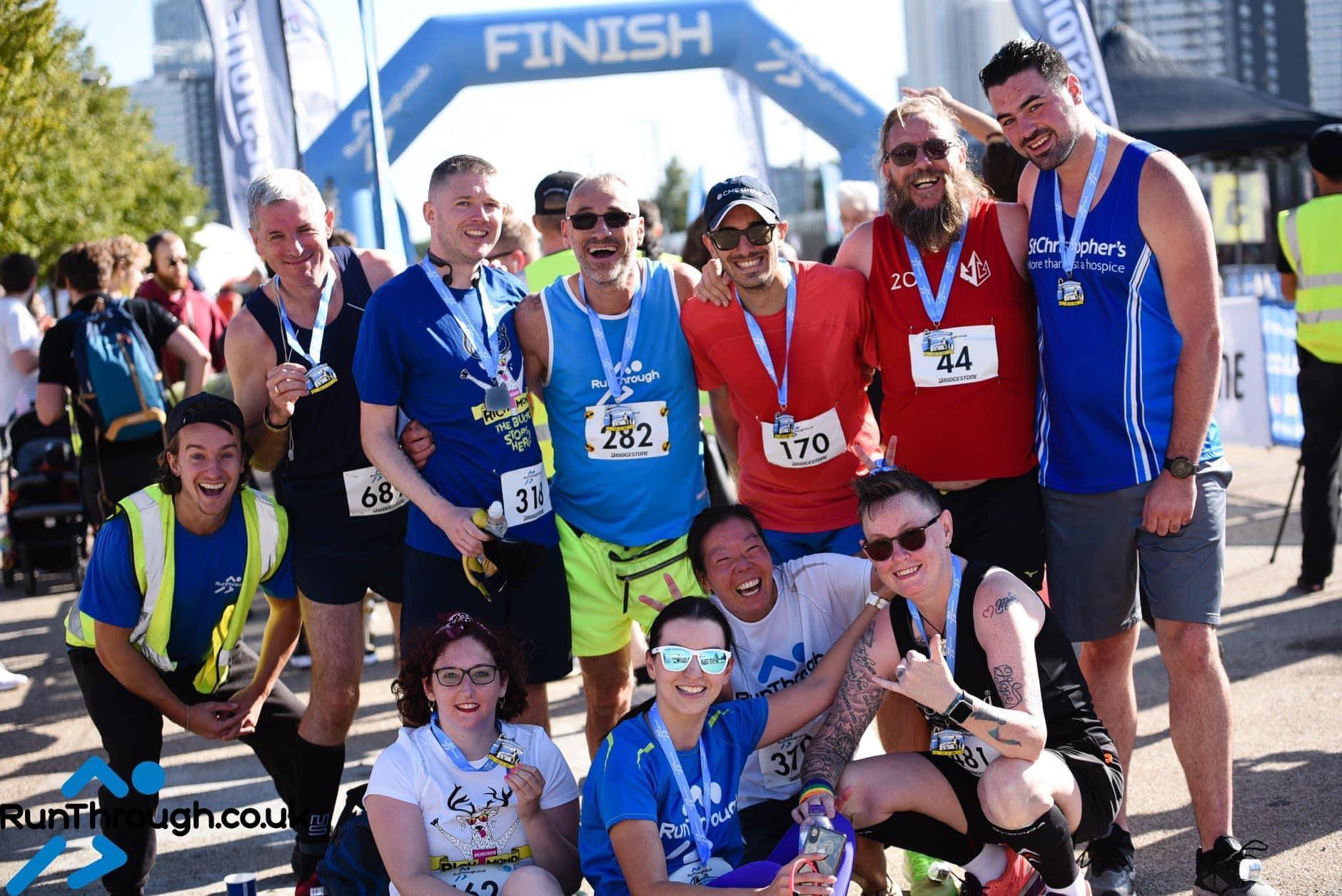 I had always up to this point done 5km and I decided I needed a new challenge so I set myself a goal of getting a sub 25 minute 5km and once I achieved that I would attempt a 10km.

I did my first 10km in November 2018 and got a time of 53.39 and again it was challenge time so I wanted a sub 50 10k I achieved that for my 100th medal in June 2019 and I decided another challenge so I booked the Richmond Runfest Half Marathon for September 2019.

Race day soon came around and I’m so happy that one of my besties Chloe from the RunThrough family was running the same race as me, the day was very warm which set my anxiety off as I had not trained in this hot weather. I set off and loved every minute of it with the crowds cheering which was great and just as I came to the finish line I saw two of the RunThrough family Mike and John who had surprised me!

I’ve also signed up for my first marathon in Brighton in April 2021 so excited!!

So that’s my running journey so far and I honestly wouldn’t be the runner I am today without RunThrough. The events are incredible and at each event it feels like we are all one big family, no problem is ever too much and all the RunThrough staff should be incredibly proud of what they have created.

To my fellow RunThrough runners especially my RunThrough family there are honestly no words, thank you!!!! You have taken a shy anxious person who didn’t think he could do any of this to making me feel anything is possible. You all constantly inspire me and make me so happy to call you friends and family for life

I’ll finish by saying that if you are reading this and have never attended a RunThrough event as soon as a live event happens sign up! Until then do the virtual runs, you honestly won’t regret it and if you come alone or even with someone come say hi. If you’re too shy like me at the start, I now look out for people on there own as I know what it’s like and I’ll introduce you too the RunThrough family.

If you are an anxious or nervous person challenge it, the feeling when you do is amazing!