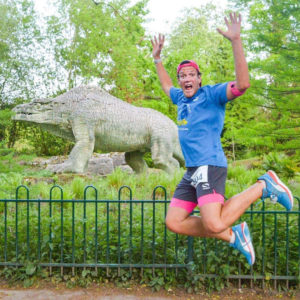 It was a cold morning on a building site & a few years before my 40th birthday. I had played with my band at the weekend & the lead guitarist was in training for a 10 mile run, which turned out to be the great south.

I had the bright idea that before I was 40 I wanted to run a marathon, so that evening I booked the Windsor half thinking I had months to prepare. I had NEVER run, I was nearly 20 stone in weight just a short time earlier & I had dropped to between 15 & 16 stone in a healthy nutrition kick (and curbing the booze!)

Well the months went by and I did the odd mile here & there, suddenly it was August bank holiday, my band had a weekend of gigs in Norfolk & we lived it up on big bbq steak & cider BUT the realism hit, I was 6 weeks away from a half marathon……. I started to run locally and got up to 12k thinking I’d be ok. Nothing could prepare me for the 13.1 miles of Windsor park hills, the temp was around 26 degrees and we didn’t start running till 1pm. I was shot to bits at 5miles but I pushed on and at mile 7 got a run on again to mile 11, the end was in sight & I shed tears as I saw my kids cheering me, spurring me onto finish in 2h19. I said never again as I laid on the grass, legs in the air drinking a yard of ale, yes that actually happened!

BUT low & behold the next day I saw an advert for the Great South Run, 12 months away & signed up. I did a little 5k race for Halloween that year & attempted a commando course too before flying out to Lanzarote for new year 2016. Well at the airport a slight delay left me phone in hand looking up various things to do on my return & that’s where I booked my first RunThrough at Battersea Park on January 12th I believe, the day after I got back into the UK.

I found some really friendly people & I was hooked. I tried out all of the RunThrough venues I could in 2016 and secured a London Marathon space for 2017. Building up on RunThrough 10k run & Half Marathons and with the Kingston 20miler under my belt I completed my first marathon in 2017 with 4 hours 27minutes….. and once again, said never again! 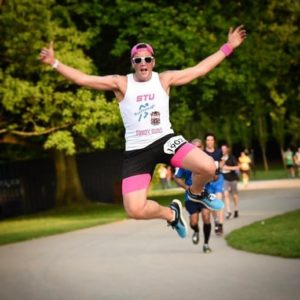 Alas I was struck with operations at the end of 2017 and off the road till early 2018. But a RunThrough pass was purchased to keep me in check for 2018 and I did many more runs with them – although the pictures seem to show me flying rather than running. Doing these weekly events not only built my stamina but also found me a family that believe in ME. My Facebook was filled with a new, happy, running family of faces, the events were eagerly awaited to see these people in person, it has been a wonderful experience & led me into pushing further & taking up triathlon.

After setting myself up with progressively harder triathlons in 2018 I completed IRONMAN 70.3 VICHY at the end of the summer. I continue to run all the half marathon events I can with RunThrough up to where we are now, incorporating a few 10k’s and really pleased to be considered part of the team as a runner guide for those that need a bit of an extra hand (dunno why they choose me though as I just talk all the way round) but I love it! I have pushed myself in 2019 recently completing Florida marathon & Brighton marathon (4h19 because I had to queue up too pee, twice!) And as we get into open water swimming season have many triathlon events booked so unfortunately will not see my running family as much till after August where I am competing in IRONMAN 140.3 COPENHAGEN.

The journey has been amazing so far, the people have been amazing so far and I have amazed myself with the aid of the wonderful support teams at these events and all the friends I have met along the way! I am the fittest I have ever been and although I know I have to put in the effort there is a large slice of this great feeling due to the people that I know I will meet time and time again at the events, you keep me inspired – thank you‼️

And if this ol’ 20 something stone, kebab stuffing, alcohol consuming night owl entertainer can change his life around, anyone can!! 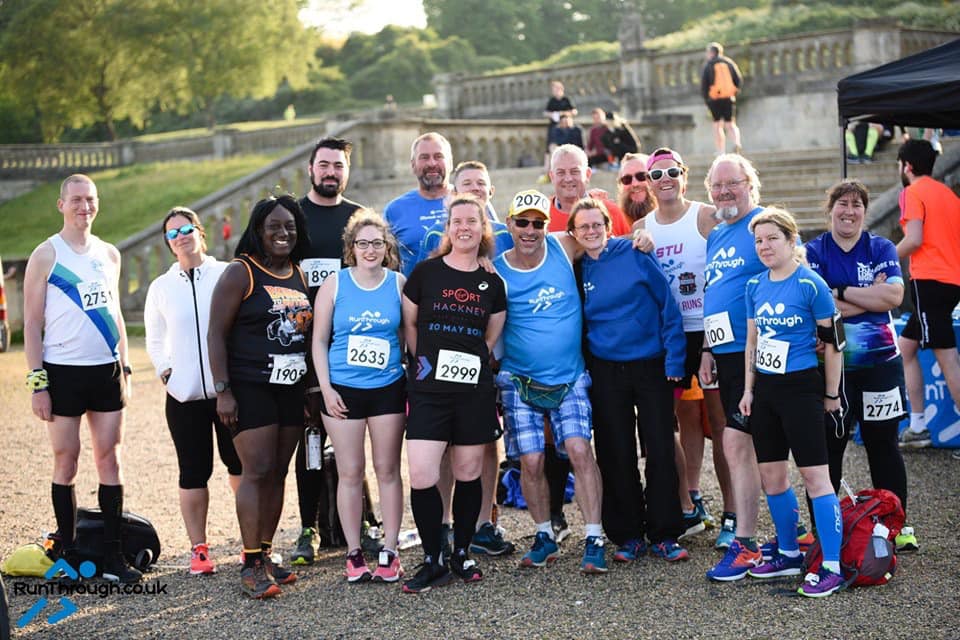