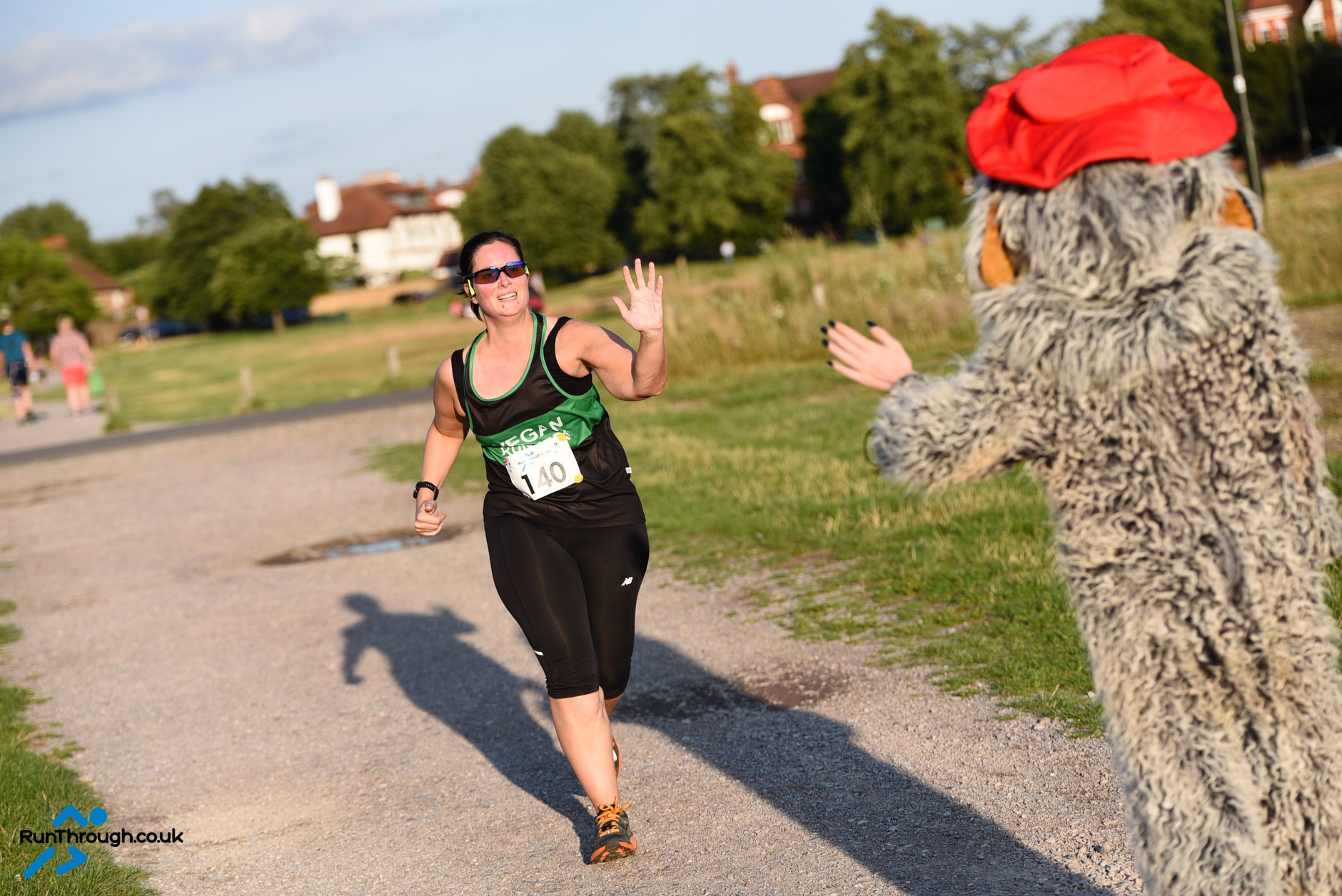 I’ve always dabbled with running – a Race For Life here, the odd plod on a treadmill there, even a couple of 10k’s – but it wasn’t until 2014 that I got the bug.

I had just gone through the worst break up in living history and needed something to keep me distracted and out of trouble. I loved the solitude of trudging along the canal at my own pace, lost in the scenery and the music. I ran slowly and walked a bit but I realised I could actually go for miles and miles if I didn’t rush it. I loved the way running made me too exhausted to think. At that point I had very little interest in regularly attending races or meeting other runners, though I did run a few big races including the Brighton Half Marathon.  I had nearly moved to Brighton with my ex and it was my way of laying those demons to rest. I got a PB of 2:35:28, which remains my PB to this day.

Whilst training for the Dublin marathon, I developed a pain in my leg and no amount of physio, insoles, support shoes or one-legged heel raises would make it go away. I went from happily being able to run ten miles to limping back dejectedly ten minutes after leaving home.  Because I have more stubbornness than sense, I went ahead and ran the Dublin marathon anyway. It was not one of my finest athletic performances but I was proud of myself for never giving up. Unfortunately my leg continued to get worse and I found it very hard to stay motivated when my times were getting slower rather than faster. They say you should only compete with yourself – well, I was trying to compete with myself and she was winning! 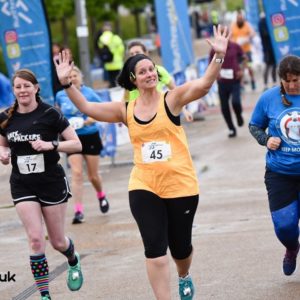 In order to give myself something to aim for which wasn’t a massive, expensive, long event I started to look for smaller local races with a slow-person friendly atmosphere and that was when I discovered RunThrough. My first race with them was the Victoria Park Easter 10k and I loved every minute, especially the Easter Bunny Medal! I knew no one that first time, but chatted to strangers on the bus and after the race and felt right at home. Now I’ve made so many friends through the races and Facebook group – it’s hard to believe these people were strangers to me three years ago.

In autumn 2017 an MRI revealed what was wrong with my leg. It was a stress fracture, which had been made much worse by a year of misdiagnosis and, er, running a marathon. When I knew what the problem was I was able to treat it correctly and it finally started getting better.

My running times and distances are almost back to what they were in 2016, though that half marathon PB remains very difficult to beat. I was hoping to give it a good shot in 2020 but then of course the coronavirus hit and everything was cancelled. My job is dispatching ambulances and taking 999 calls for London Ambulance and as you can imagine I have seen and heard some utterly heartbreaking things over the last few months. Everything has been made so much harder by the fact that all my usual coping mechanisms – seeing friends, going to races – were taken away. But I found myself going back to what I did when I first took up running – plodding along the canal for hours on end, then doing my virtual RunThrough races on my own and waiting excitedly for my medals to arrive in the post.  Pretending it is a real race gives me the motivation to put some effort in and get the best time I can, and I’m hoping it won’t be too long until we can all safely run together again and I can set some new PBs!