Hey! I’m Emma, a 34 year old who’s had type 1 diabetes for over 27 years (although that’s not generally how I would introduce myself to a stranger haha). I’ve always been quite active from a young age; I loved ballet, modern, tap dancing, swimming and musical theatre (and still do)! I was diagnosed with type 1 diabetes at the age of 7 and I still remember that day as clearly as if it was yesterday. We’d had a family party the day before and I got really sick, within 24-hours I’d lost so much weight (and colour) that my brother said “I could play the xylophone on Emma’s ribs…” It was at that point my dad took me to the hospital, only to be told had we come in much later, I would have gone into a coma and died.

I was in hospital for nearly 2 weeks and I had no idea what was going on. I got a new Gameboy and lots of presents from friends and family, so it appeared I was a very lucky 7 year old. It wasn’t until I got home that the realisation of 5+ injections a day, regular blood testing, measured food and drink at every meal and over-worrying parents 24/7, really came into play. That said, growing up with diabetes has definitely never stopped me doing anything and my parents, family and friends have always been so supportive of everything I do. As a child I don’t remember it changing my life, I do know it was hard on my parents and siblings though. My mum told me that I stopped being invited for sleepovers at certain friends’ houses, just because the parents weren’t happy about the extra responsibility. My sister also had a phobia of needles and couldn’t be in the same room as me for fear of catching the disease.

I’m not sure if having the condition has pushed me to do more things or if I’d have done them anyway but what I do know is that it hasn’t stopped me taking part in or challenging myself to achieve my goals, whether that be a tough mudder or a week of partying in Vegas, a marathon or a sky dive, a triathlon or a 24hour ultra marathon, I have pushed myself to the limits. It hasn’t been easy at times, but I’ve managed to do everything I have signed up for so far. Who knows what’s next: 7 marathons in 7 days, swimming the Channel, an ironman…. 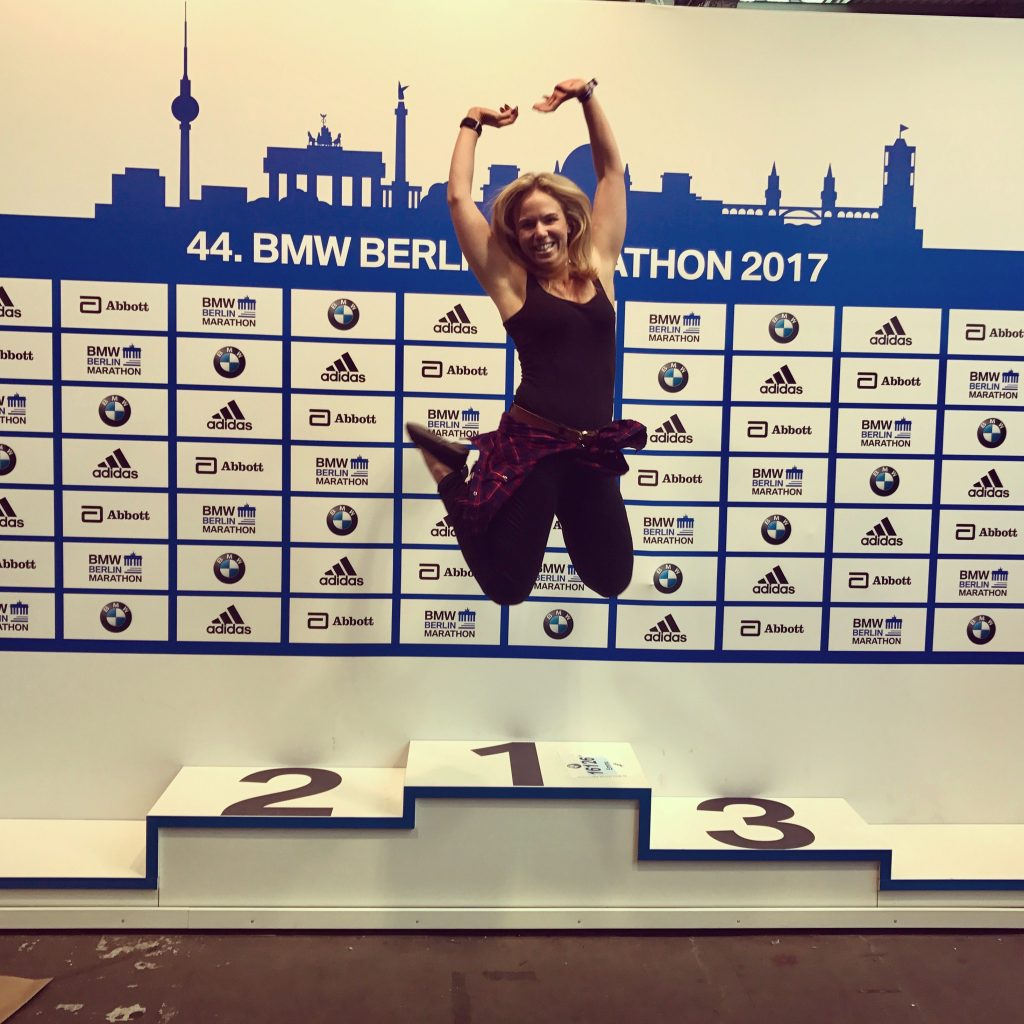 Over the past 18months running has become a huge part of my life with regards to both my fitness regime and socially. From the day I signed up for my first marathon I didn’t in a million years imagine I would take up running as a hobby, at that point I couldn’t even run for a bus without getting out of breath, I owned one pair of trainers (that I’d had for about 5 years) and the thought of wearing leggings and pounding the pavements filled me with fear. For any runner first starting out it can be very daunting with so many things going through your mind, will I be able to run fast enough, will I be able to go the distance, what should I wear, what if people laugh at me, will it ever get any easier?!

In addition to all of the pre-run nerves everyone faces, there are a number of things I’ve had to take into consideration as a type 1 diabetic including:

How long after a run could the exercise impact my levels

Do I need to carry my insulin

Does the exercise make my levels go up or down

Does sprinting have a different impact to long distance running

How will I feel if my sugar goes down running

What impact will adrenalin have on my levels before a race… etc, etc!

The truth of it is the answer to these questions not only changes with each individual and the distance you’re running, but also with the time of day, weather conditions, speed, amount of sleep you’ve had and (for women especially), hormone levels.

In summary, running is not an easy task for anyone to take on let alone the additional complications that go with being a type 1, but for me it’s just an extra challenge that drives me to try harder. Do I ever question whether it’s worth it? In all honesty yes, all the time, but the rewards that come with it and when you get it right are worth the trial and error that go before. In addition to all the physical health benefits running has for everybody, there is also the mental health benefits too. Research shows that if you have diabetes your risk of developing depression more than doubles, some studies show it could be 3 to 4 times more likely and for me, running and the endorphins release it provides has definitely helped combat this.

RunThrough has been a great platform not just to incorporate into my training plans but also to meet other likeminded people, type 1 and otherwise who support one another no matter what level runner you are or what else you’ve got going on. Events are always fun, super well organised and often followed by catch-ups with lots of my favourite people, what’s not to love?! 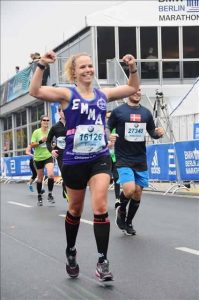 Type 1 diabetes should never hold you back and at first it may seem like it’s not going your way, however it is a lot of trial and error to see what works for you individually as anyone with the condition knows, there is no universal answer for everyone so you just need to stick with it. Stay safe, carry glucose/hypo-stop with you, test your levels before, during and after your runs and as much as you need at first, carry your insulin pen/pump with you, ensure you fuel correctly before a training session/event, make a note of what works and what doesn’t and most importantly of all, have fun!

Since starting running I have been lucky enough to meet people my own age with the same condition; fit and healthy people, people that inspire other people to believe in themselves and get active, people that, like me, have diabetes but it doesn’t have them. This has to be one of the best things that has come from my running journey so far, it has been a breath of fresh air to share the good times, a day where your blood sugars are right on point and also the bad days, where no matter what you do you cannot control them. Prior to this I didn’t know anyone my own age with the condition and it couldn’t be truer what they say about a problem shared being a problem halved in this case.

These days, I talk about diabetes more than people probably care to listen I think – haha. But it’s part of who I am and that’s not something to be ashamed of and definitely not something that should hold you back!