As we welcomed in 2014 I couldn’t help but think about how far I have come (approximately 900 km in races and training) since setting myself the goal of running a 10k race in 2013.

Since 2011 I have lost 40kg (that’s over 6 stone, and approximately my 9 year old cousin!) and had thought before that running was only for the super skinny and super hit, I didn’t think running 10k in one go was humanly possible (for me at least). I started running round the local park, one lap at a time and each week I was able to make it a little further, a little faster and a little longer.

In April 2013 I ran my first ever race, the first time I had run with more than one person since school, as I crossed the finish line I decided that I wanted to set myself a challenge, that I wanted to run a 10k race each month for a year, with the added goal of running 10k in under 1 hour.

My first ever race and my first ever medal, the magpie in me began chasing shiny objects.

The inaugural (and sadly only) She Runs Windsor, my favourite medal in 2013’s haul and the best goodie bag!

Running with my best friend we completed what would be the final ever Zest Challenge, 10k mixed up with obstacles including my personal favourite for a hot run, a waterslide.

A new personal best in the boiling sun, the 30th anniversary Dorney Dash was my top run due to the impeccable organisation and fabulous team of pacing runners from the Dachet Dashers. 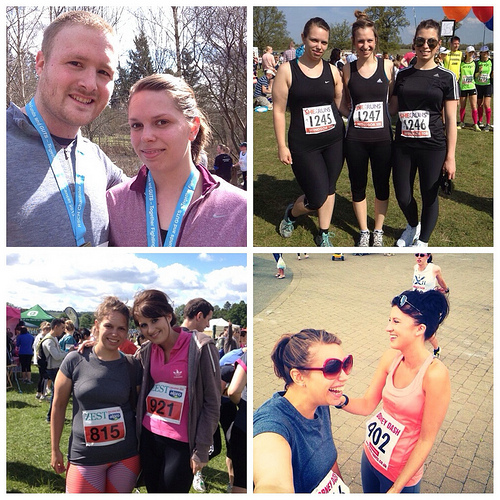 Running with Lucy, I snuck in a new personal best for my first London race. 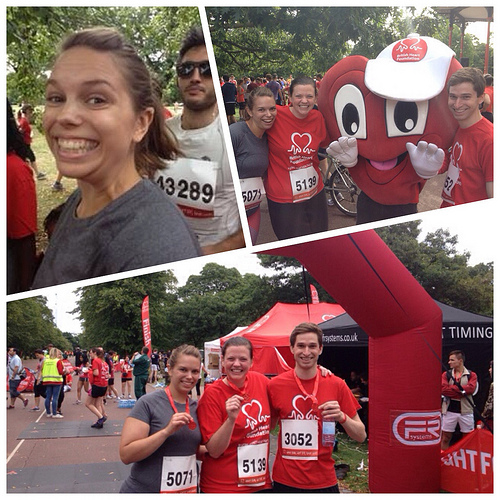 Racing through London Zoo was another highlight, the husband beat his personal best and finished in 46:43.

The muddiest run to date meant I took more than one slip and fall.

A new personal best and I met my goal of running 10k in under 1 hour!

First run with the #Team Naturally Run girls, 15 elves took around Clapham Common and won the best group outfit, this with the personalised bling was one of my favourite races, although I will be avoiding felt for race wear! 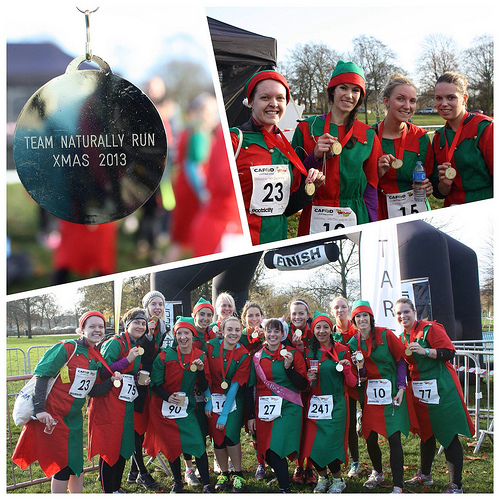 My goals for 2014 include finishing my 10k a race for a year, with Glow in the Park, Polesdon Lacey in January, the Longleat 10k in February and the New Forest Running Festival in March.

This January I have signed up for #Janathon, to do something active every day and pledging to run at least 3 times a week for #Jantastic.

My running goals are to run a sub 30 minute 5k and a sub 58 minute 10k, and maybe I might work on making the jump to a ½ marathon, that ones just a maybe for now though!