Is this Hot Weather Cramping your Style?

I have had a sudden surge in clients telling me they have started getting muscle cramps and want some advice on how to avoid them. Cramp is when a contracted muscle goes into spasm and refuses to relax. It can range from an annoying twinge to activity-stopping pain. We’ve all had it to some degree or other so you know what I’m talking about. It’s especially common in those carrying out exercise.

So what causes it?

For athletes, the two main factors are dehydration and fatigue. Dehydration would explain the surge of occurrences during this warm weather. The average person sweats between 0.8 and 1.4 litres per hour of exercise and this is considerably increased when carried out in the heat. So that starts to put into perspective how much water we really need to drink. It’s no good just ‘binge drinking’ before exercise, hydration needs to be gradual so that the water has time to adequately hydrate our muscles. So if you’re entering a race, it’s really key to take on as much water the day before the event as you can. 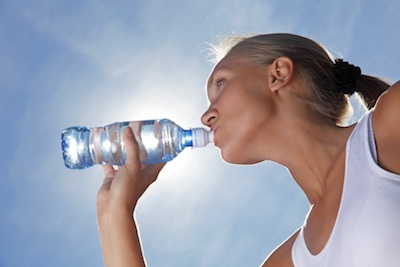 It’s not only water we those through sweating, however, it’s also electrolytes. Electrolytes are important minerals which break into small, electrically-charged ions when dissolved in water. These electrolytes include sodium and chloride which support muscle and nerve function as well as maintain normal blood pressure. Calcium aids muscle contraction and potassium and phosphate regulate energy and PH balance. An upset to the electrolyte balance can significantly contribute to the onset of cramp.

Our bodies lose water at a much faster rate than electrolytes, however, so it’s usually not necessary to replace electrolytes if exercising for durations of under an hour. But if you are going for a longer run or sporting activity, especially in the heat, it’s a good idea to consume a sports drink which replaces lost electrolytes. There are different types of drinks – some are to be taken prior to exercise and others are designed to replace lost electrolytes post work-out so make sure you know which one you’re taking and when to drink it.

The second cause of cramp I listed is fatigue. This is closely linked with the first point as dehydrated muscles fatigue much quicker than hydrated one. Make sure you warm up properly, even in the heat, and dynamically stretch those muscles at the start, this will help keep them in tip top condition.

So don’t let the warm weather and cramp stop you from exercising. With a bit of understanding and some sensible measures, you can get out there and make the most of exercising in the heat whilst we’ve got it. 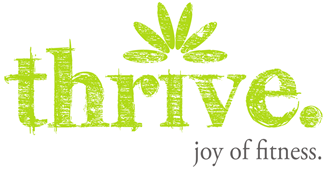