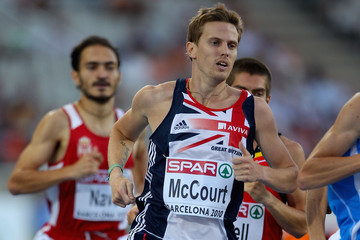 Colin McCourt, GB athlete turned self-proclaimed “fatty” tells us about why he stopped running, and the journey he’s been on to get himself fit and back up to speed.

You used to be a GB athlete and retired in 2012, what made you decide to retire?

I retired because I couldn’t see forward, I don’t mean into the future like some kind of fortune teller, I just didn’t plan. I am a fly by the seat of my pants kind of guy. Back then I fully relied on others to make decisions for me and looking back they weren’t the decisions I should had made. They told me when to race, when to train and basically when to breathe. Which is totally the wrong way to be, as an athlete you should always question, always do what YOU feel is right, but you learn by making mistakes I guess. In 2012 I got into a bad place in my head and I couldn’t see myself racing, couldn’t see myself doing it anymore. So, I did the wrong thing and  I walked away. I stopped and running from that day and now, 5 years later here we are.

Did you stop running completely once you retired from the sport competitively?

I completely stopped, I had no interest in running at all. It was quite a dark time for me for a year or two after I stopped running. I won’t be the first and won’t be the last to go through something like this but giving up something you love so much for such a long time was silly.

What was the trigger to start running again?

Well, it was actually finding an old picture of myself on my new phone which was nuts. I had just got a new phone and not transferred any pictures across but I was just looking at pictures of our new baby and there was a picture of me in my running days, all slim and toned, I had a look at myself in the mirror and realised how much I had let my self go. I was covered in meat and gravy hahaha with a dribble of beer down my chin. So, I went for a little run just 20 minutes (all I could manage) then I came back in and took a picture of me with my top off and put it on Instagram then the bet was born. 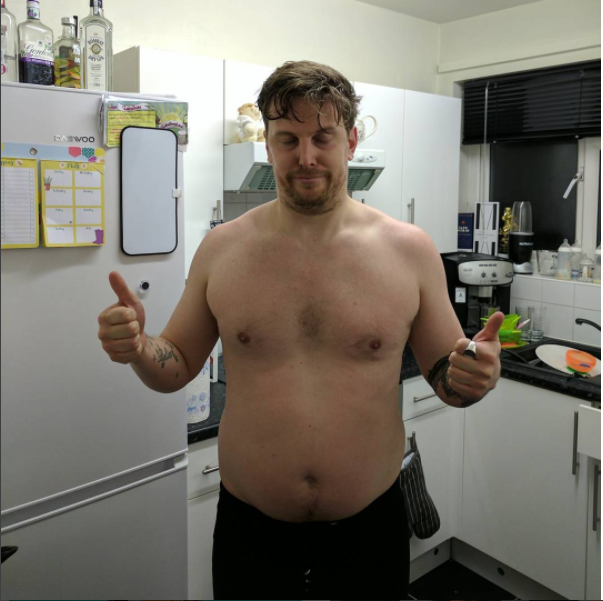 Colin’s friends have bet him to break 16 minutes for 5k by the end of 2017 – if he succeeds, they’ll pay him £1700, if he doesn’t he has to have all their names tattooed on to his body. Back at his peak, winner of 15oom European Team Championships, this target would have been a breeze, but having ballooned to 94kg and stopped running completely, there’s a lot of work to be done.

What was the difference in your diet from when you were competitively running to when you stopped?

So this might sound mental but when I was running I ate loads of pizza and sweets. I did not have a good diet at all while I was running. I was running so much I kind of got away with it, I say kind of haha. I continued that way of eating when I stopped running just added in more beer, hence how I got up to 94kgs maybe even bigger at some point. My diet remained the same but you cannot have a diet like that on absolutely no exercise.

What effect does being a dad have on your running?

Its has an amazing effect on my running, I have 1000x the drive to be a hero for my little boy and misses, yeah not having sleep is hard and makes it twice as hard but, the baby has had me and Rebecca up all night at times I have been up at 6am for run then worked all day and ran again in the pm, I have proven to myself that I can do anything and will do anything for them (and not get 17 tattoos because they wont be too happy with me haha!)

What’s your key pieces of advice to anyone wanting to get back into running after a sedentary period?

Take it easy, follow my Instagram and learn that slow steady progression and listening to your body will bring you on so fast, much faster than any of these get fit fast/quick fixes some people promote. It not that I am fitter or more talented, I just work really hard and it’s just about doing something rather than nothing. Have micro aims, like walk round the block to start and you will naturally do more and want to do more.

Colin’s training is going well, he’s 120 days in to running again, and is already looking in great shape. 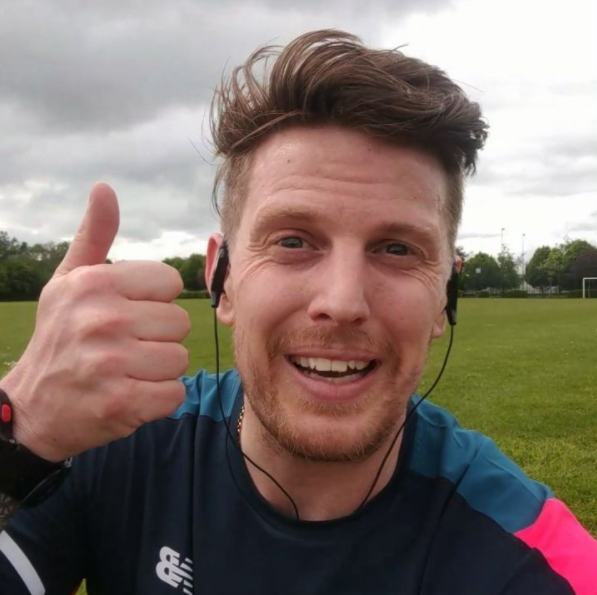 You can follow his progress on his Instagram HERE, and see his running activity via Strava HERE