Carl-warren Dudley is a regular runner at our events and someone who has become a huge inspiration within the running community and never fails to bring smiles and determination wherever he goes! Carl has not had an easy ride with running and now aged 32 has just done what many of us dream of and become a Marathon runner, so we asked him to hare his story.

From 30-stone to Marathon….

Back in 2014, the scales in my parents bathroom nudged 200kg, 30stone. I was a fairly active kid, never the fastest or the best, fairly average but I’d run. Dad is a 18-time marathon runner and whenever he did the ‘big race’ I’d go do the kiddies mile or 5k and I loved it – even the one time on the dales when I got chased by a herd of cows!!

However, that all got derailed in 1995 when I was diagnosed with a Brain Tumour, three operations down the line, I’d lost ¾ of my sight, I was on double-digit tablets each day and they hadn’t managed to fully remove it. I was ok, I was lucky I was 9, this was one big adventure and I didn’t really get what was going on, I was in the local paper (#famousbeforeinsta) and my first question when I met my surgeon was “can I run the fun run in June”. Four months after leaving hospital, I did run it that year raising money for the Children’s Ward I’d been on, but that was about all the running I did.

Through my teenage and adult years I overate, I’d sneak food home on Friday evenings after work so I had somethings to gorge on over the weekend. This continued and continued until I couldn’t walk a flight of stairs without being exhausted. One Sunday morning I’d already stuffed myself, then eaten my lunch and was so full I was struggling to breathe. I decided to go out to get some fresh air and walk along the canal – I got a bit carried away and got a mile and a half away from home in exactly 30mins and I wondered if I could get home following the same route in 30mins – technically my first negative split.

There sparked my competitiveness and I guess that was my first “runners high” but from walking. The week after I joined my dad’s Saturday morning breakfast run for a 5k run/walk. I ran about 50yards, walked the majority of the rest and had to get off the canal early as I couldn’t make it round the 5k course. It was a tough start to my running career but I learnt a lot from that first run and I went back again and again!!

I was getting the urge to race a year later I was on the start line of the British 10k, nervous and excited all at the same time. I finished in 1h45, but wow did it feel good! I walked the majority of it but I already experienced the generosity of the running community as I had at least two offers from other runners to join them for the final few km’s to get me home. Seeing that finish was incredible, I’d done a 10k, but the thought of ever moving up to the Half, basically turning around and doing it all again filled me with dread!

Two years later and I’m standing on the start line in Berlin with 42,000 others about to set off on my first marathon, something I’d wanted to do since watching the London Marathon and my dad running it when I was 4. I never thought it possible, but this was just the start…

The training had been difficult. I struggled to get the miles in on my own, particularly anything over Half Distance. I managed to get a 14 and 17 in before doing 18 on the North Downs during an 8-hour timed race.

The days leading up to the Marathon I was a bag of emotions – I was terribly emotional for one. Standing on the start line, Highway to Hell ringing out and everyone erupting into cheer as the leaders head off. Cross under the blue arch and I’d begun my first marathon and I had no idea what to expect. I knew at some point it would begin to hurt, but when?, I knew there was a good chance I’d be dicing with the sweeper buses at some point but all I could do right now was run, keep my pace in check, don’t go off too mad and enjoy it – as much as you can!

5k came up quite quick, the crowds were incredibly busy by this stage, there was lots of bumping and barging and the water stations, oh the water stations were chaos, the sound of thousands of plastic cups being crunched still haunts me. From 10k to Half way seemed to take forever, the support and bands out on course were fantastic – so much that I didn’t even need my headphones, but you just never seemed to get any closer. I told myself I could check my messages and call home when I got to halfway – that was my carrot dangling in front to keep me moving.

The nice thing after halfway is that you can start counting down the miles and they were coming thick and fast now, before I knew it I was at 30k, then just 10k to go and that was the first time I truly believed I would actually finish this, I was still feeling good and running strong. With 5k to go my legs stopped working, they didn’t want to work anymore and were only happy if we stopped, I stopped did some stretches and I could see the sweepers behind. That last 5k felt never-ending, it was tough just to move forward and I started running between sets of traffic lights and counting to 100…

Before now when things got tough I would’ve quit, my head would’ve said you cant do this but something inside just spurred me on – I asked myself if I was going to let my parents down, my friends, all those sending me support on twitter and instagram or those that donated to my charity – of course the answer was no! I stuck to a few other people around me and moved forwards together as one.

I don’t often think back about what I’ve been through or what I’ve achieved, I guess I am always a little too focused on what is next. It took an age to really believe that I’d done a marathon.

I learnt a lot from my journey…

You can read more about Carl’s Marathon journey and experience here: https://bigcarlrunning.com/2017/09/28/berlin-marathon-2017/ 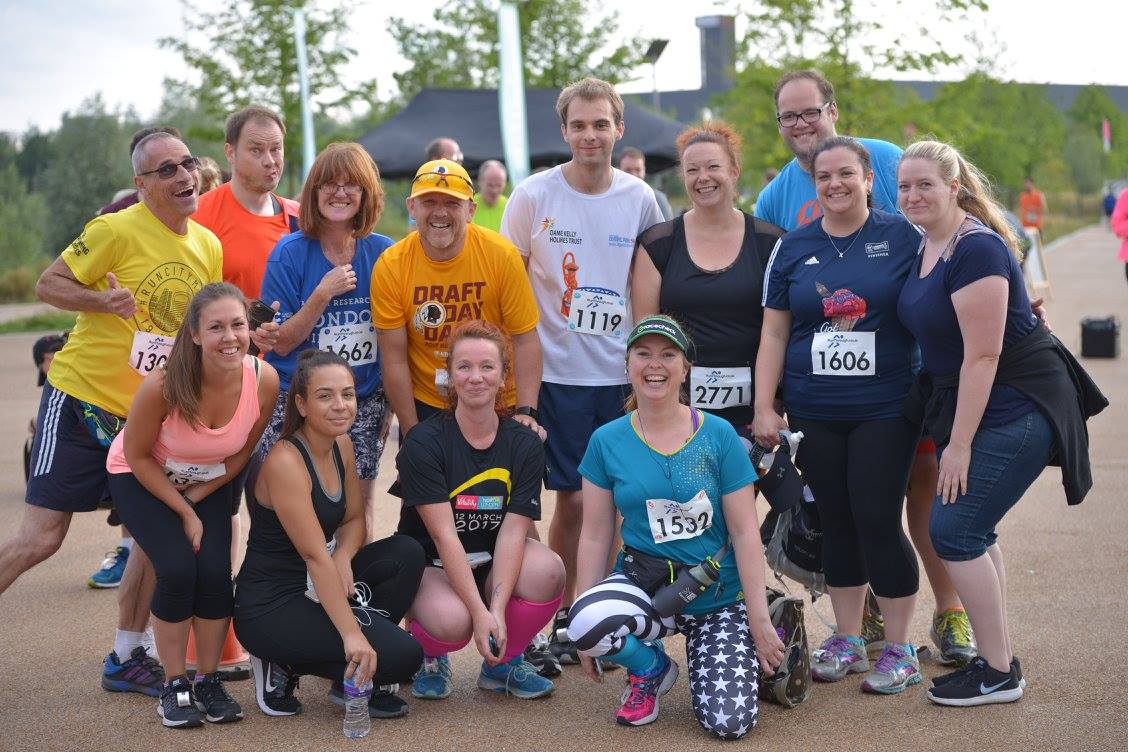