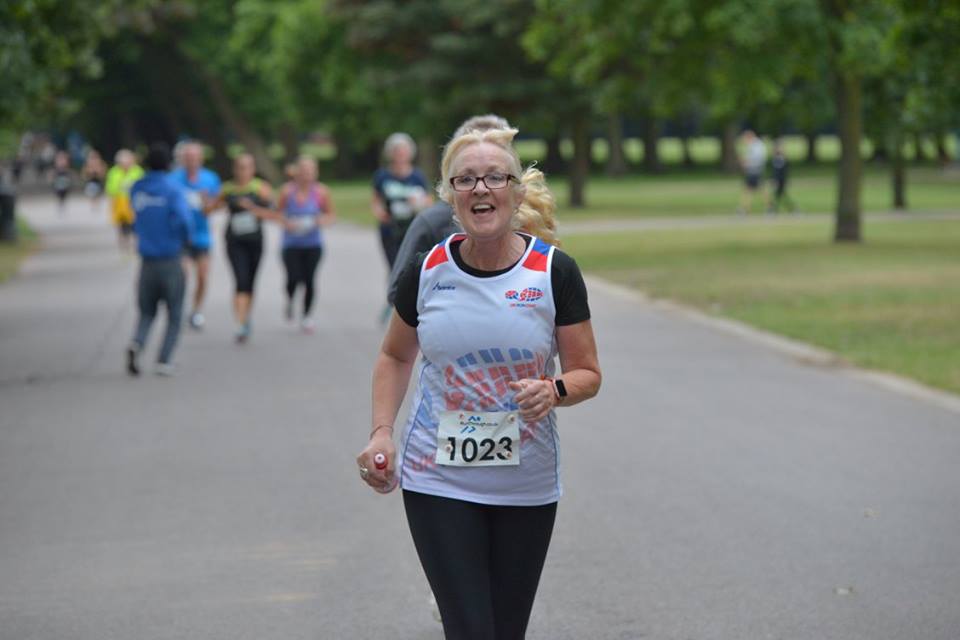 Caroline Aylott started running with RunThrough at the beginning of 2017, having only taken up running last year after being diagnosed with plural thickening of the lungs. She has earned many medals over the last 6 months and her running has gone from strength to strength.

The pneumonia and septicaemia that literally took me to the brink of death in 2007 changed my life forever. It’s a shame that it took an event of such magnitude for me to want to live as long as possible, but strangely I’m now grateful that it did and that I got another shot at living.

I’d always been a very good swimmer but didn’t really incorporate it into my life on a regular basis pre-illness so it was an old faithful that I happily returned to. Since that time I’ve become a lifeguard and renewed my National pool Lifeguard qualification continuously.

I now teach children aged 10-16 yrs open water lifesaving skills in the hope that drowning; the third biggest killer of under 16 year olds will diminish. In October 2016 I attended the Guild Hall in London and I received a service of honour medal from Lord Norrie who is the patron of the RLSS which I’m very proud of. I continue to advocate water safety and lifeguard many open water events and triathlons etc.

My running journey started last year after being diagnosed with plural thickening of the lungs. To be told that parts of my lungs had irreplaceably hardened and that full lung capacity would never return was a bit of blow. It was caused both by the bilateral pneumonia and by the life support process.

I started to read about running and it’s physiological effects on the body and mind and thought “this is for me”.

I purchased a pair of Asics trainers and off I went – I had no idea just how hard it would be. I also joined a running chat group and so the seed was sown.

After 7 months I nervously entered my first event at the age of 57 with The RunThrough team . It was a 10k at Battersea park on 21st January which I completed in 1:02:42, I’ll never forget that day – from that day I allowed myself to say out loud that I was a runner.

It was because of that first RunThrough event that I was able to sign up to the Great Newham run and give an interview to the Great Run organisers.There were so many personal aspects to that particular event and I’d already been lifeguarding the Great Swims so I went for it.

Since that run at Battersea park back in January I’ve attended 15 RunThrough events and also gained 1 virtual medal.

I feel a great sense of support, camaraderie and friendship with the RunThrough team . I’ve met other runners I’d only chatted with before and also made new friends. 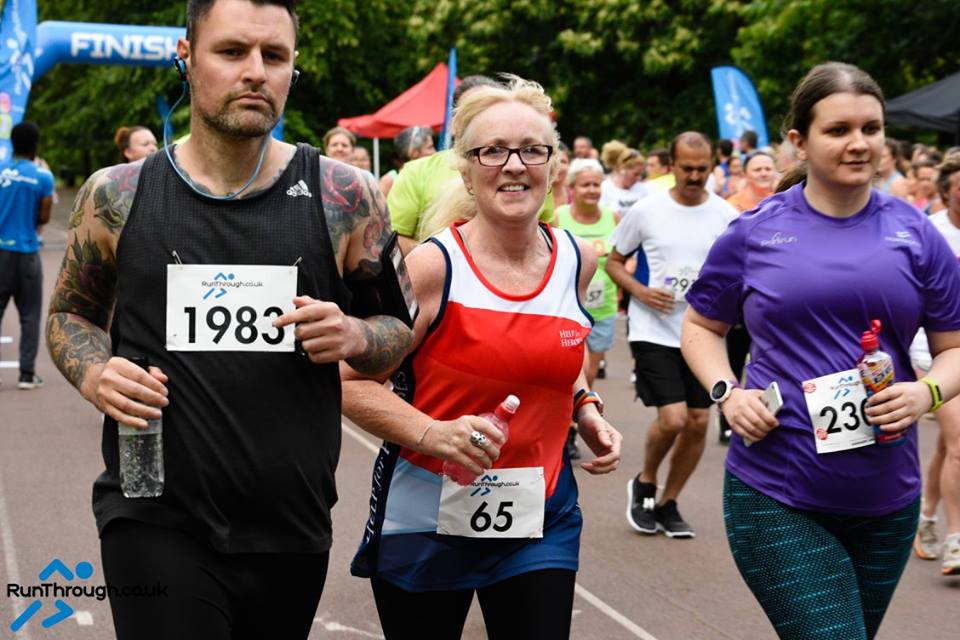