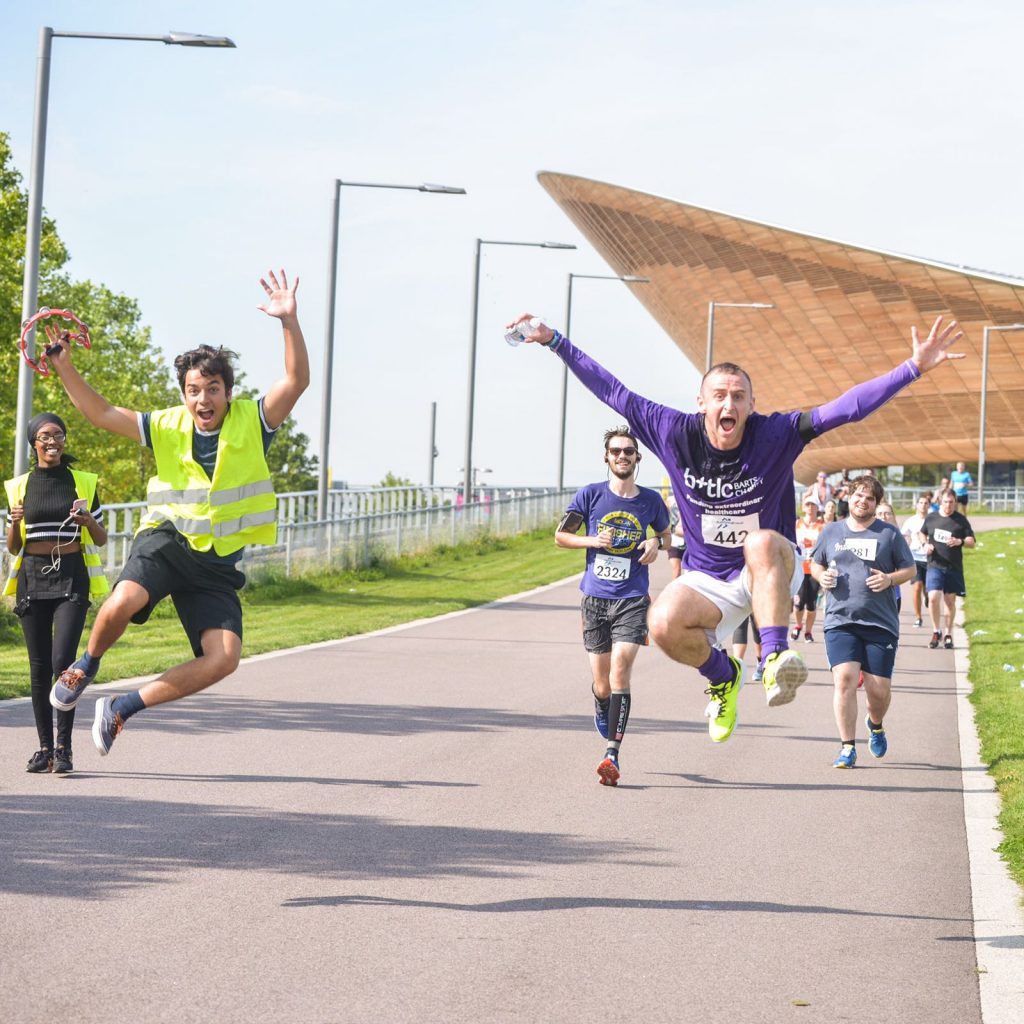 Our runner feature of the week takes a look at Lee Valley VeloPark event regular Darren Delemere who we have seen take on the one mile circuit course four times in the past 9 months. Having battled with mental health issues running has become his escape and is now a way of life for Darren that he doesn’t ever see changing!

Over the course of 2014/2015 I suffered with mental health problems I had a break down that took me to a dark place , I got diagnosed with depression and anxiety and there were many factors that contributed to it. I undertook courses of therapy and even required medication.

My introduction to running came when my younger cousin was diagnosed with leukaemia having visited her having treatment up at St Bartholomew Hospital and seeing her own journey I felt inspired to do something and try to help! So I said, I’ll do a charity run…

That day I got home and that was it I was set on doing a run!

People laughed at me like I was crazy because I was still in the early days of my recovery but the seed had been planted.

I bought a pair of fila trainers and through my therapist I gained a gym membership and started to run an train.

I set up a just giving link and booked my first event which was Saturday 26th March 2016 Greenwich Park 5k wearing the number 6 I finished 5th in 22 minutes 40 seconds in my first race and raised £342.41 for St Bartholomew Hospital.

After that day I knew I could run and run well!

With that belief inside I went onto fundraise further and raise money for GOSH, Cancer Research UK , The Mitchell Huth NeuroBlastoma Memorial Fund. In 4 months an 4 days I raised 4 different amounts for 4 charities. The main race I took park in was the Great Newham London 10K in aid of Cancer Research UK where I got the chance to run and finish inside the Olympic Stadium!

But I wasn’t going to finish there, to cap off 2016 I did a fifth run for Prostate Cancer UK Men Utd.

Then I discovered RunThrough an the Lee Valley Velopark Series. I booked in for my first half marathon on Saturday 4th February World Cancer Day 2017 which coincidently was also my 30th birthday and I ran for St Bartholomew Hospital once again although my experience of the course wasn’t the best – I was ill and it wasn’t a nice day meaning I got battered by the rain the whole way round.

However I didn’t want to be down hearted so went back online and booked my next race!

I booked to return to the Lee Valley VeloPark with RunThrough for another Half Marathon in March but this time in aid of Mind, the mental health charity. It was my 7th race in 364 days and it was a great one – I felt like I went from a breakdown to being the king of the town as I managed to get myself a new half marathon PB. Happy with the achievement and sense of pride I was happy to be losing my fear of the Lee valley one mile circuit, I even returned for the third time in May and finished 5th in the 5k event.

I returned once again to do the Great Newham London Run 10K for Cancer Research UK and I decided to go live on Facebook as I finished inside the Olympic Stadium which got a lot of views and seemed to go down a storm!

RunThrough has helped me improve as a runner big time and all the staff are polite and courteous, which has made my experience event better. I will be returning in October to take on another half marathon this time in aid of the NSPCC. The Lee Valley Velopark has taken a special place in my heart and is now a venue and event that I love!

Running is now a way of life for me and I thank RunThrough for being a part of it.