I’m George and I am running the Brighton Marathon for Cancer Research UK.

I was never a sporty-type and was often the one joking around in PE class, struggling to catch things. I started running frequently in Summer 2017. One of the hardest battles was heading outside. I have always felt self conscious exercising with other people around me. It would take a lot of gearing myself up before heading out in running kit.

During my first attempt at a run, after having stepped outside, I immediately bumped into two friends and ended up going to brunch with them instead. Months later, with a touch more willpower, I started actually going places… literally, but was struggling to scrape a few kilometres and would often return home feeling like my lungs were on fire (in a bad way). But after a few weeks of maintaining a regular schedule, I built up to be able to run 10km quite comfortably. I had finally found a sport I was into! I soon stopped feeling self conscious being in public and found running to be a welcome relief from my studies! 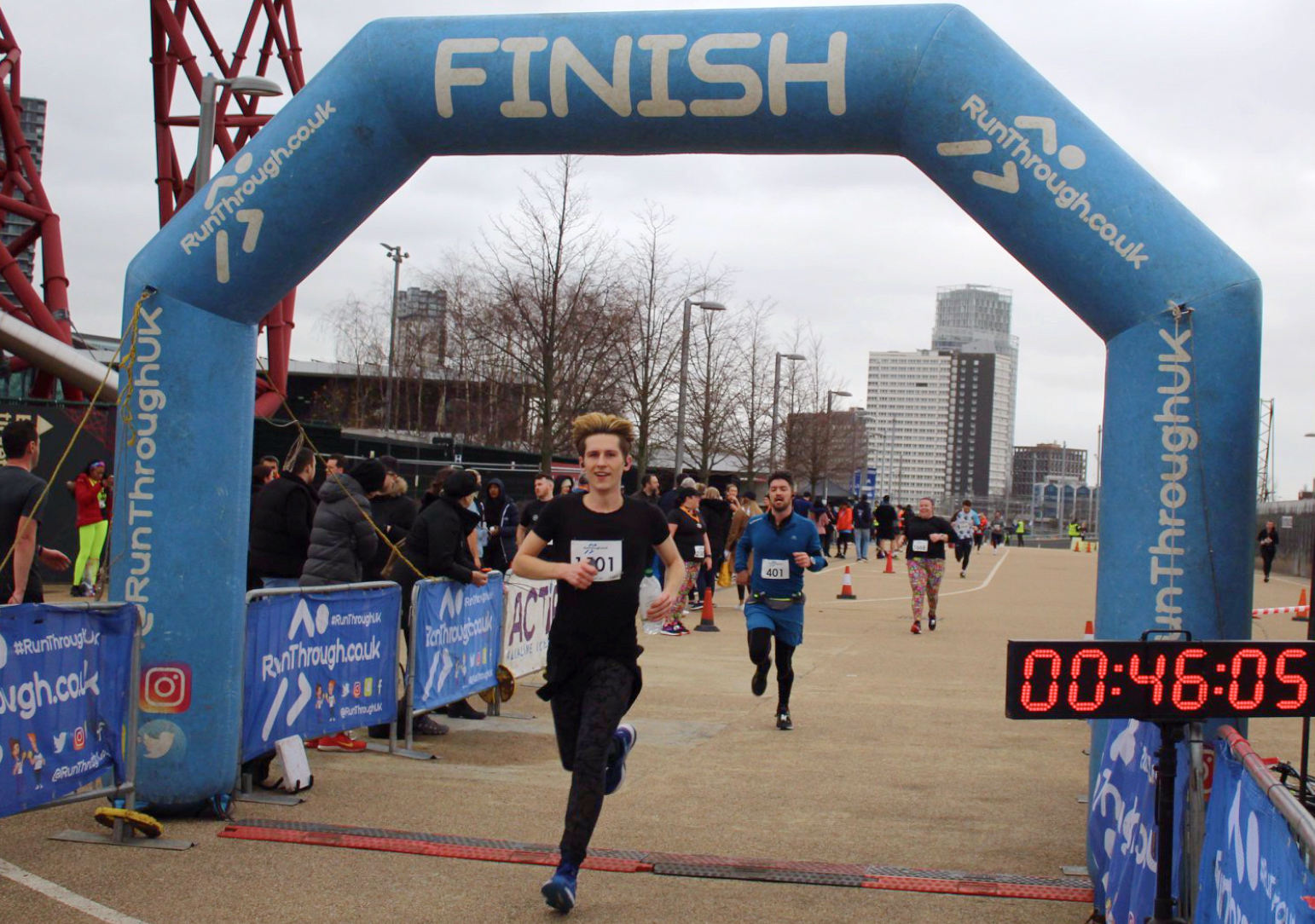 Nowadays, I enjoy running through Victoria Park and dog watching as I do so. Running allows me to manage stress and take some time out. It’s great to have an hour in the day where I get a break from everything that’s on my mind and wallow in some pretty scenery whilst releasing some energy.

I never had any plans to participate in an official race. I had run half marathon distances before in my own time for leisure, but didn’t particularly fancy running in a crowd. However, things changed in September 2019 when my mum was diagnosed with bowel cancer. She has been on chemotherapy for 3 months and we are currently taking each day as it comes. There is still no cure for certain types of cancer and the research that happens now can make a huge difference for the enormous proportion of people who will receive a cancer diagnosis in their lifetime. I felt I ought to do my bit to help fundraise for such research. Unfortunately, I feel my cinnamon buns still aren’t quite up to the standard for a bake sale (they are good though), so I boldly signed up to the 2020 Brighton Marathon to raise money for Cancer Research.

As means of preparation, I have signed up to multiple races that will take place in upcoming months to get a feel for running at organised events where my weekend lie ins are regretfully cut short. I ran my first official race on 11th January at the Queen Elizabeth Olympic Park and had a lot more fun than I had anticipated! The atmosphere was great and running with other people really lifts your spirits. I have signed up to half a dozen more races before the big one in April! Heres hoping I don’t acquire any injuries before then…

My Just Giving page can be found HERE. Any donations would be truly appreciated. Cancer is something that affects us all in our lifetimes, be it yourself or a loved one who receives a diagnosis. Today people have better chances than they did a few decades ago.

Let’s do everything we can to create more miracles for patients in the future!