In the UK 1 in 8 males suffer from a mental health problem. This means that in my school alone there could be 150 students suffering right now, most of whom will not tell a soul.

My friend Owen Billings and I are in the 6th form at Aylesbury Grammar, an all boys school in the heart of Buckinghamshire. We set out a goal to raise money for the mental health charity MindUK to highlight the importance of male mental health and that it’s OK to talk. In true competitive male nature running seemed like a fair challenge.

Owen has run one half marathon before but my long-distance experience was limited to the 3K annually run at House Cross Country. I stumbled across the Wimbledon Common Half-Marathon purely by chance when playing rugby in the same neighbourhood and I was instantly hooked on the idea of taking part.

Just as I began my training for the half marathon in January, a small virus emerged from a niche ‘Wet Market’ in the industrial region of Wuhan. I barely glanced at the news article and my life and training resumed as normal. As my training accelerated, so did the virus. With each Km I covered, the virus covered thousands of miles and spread across hundreds of countries. A couple of weeks before we were set to run, the Virus had run so close to home that the UK was sent into lockdown. 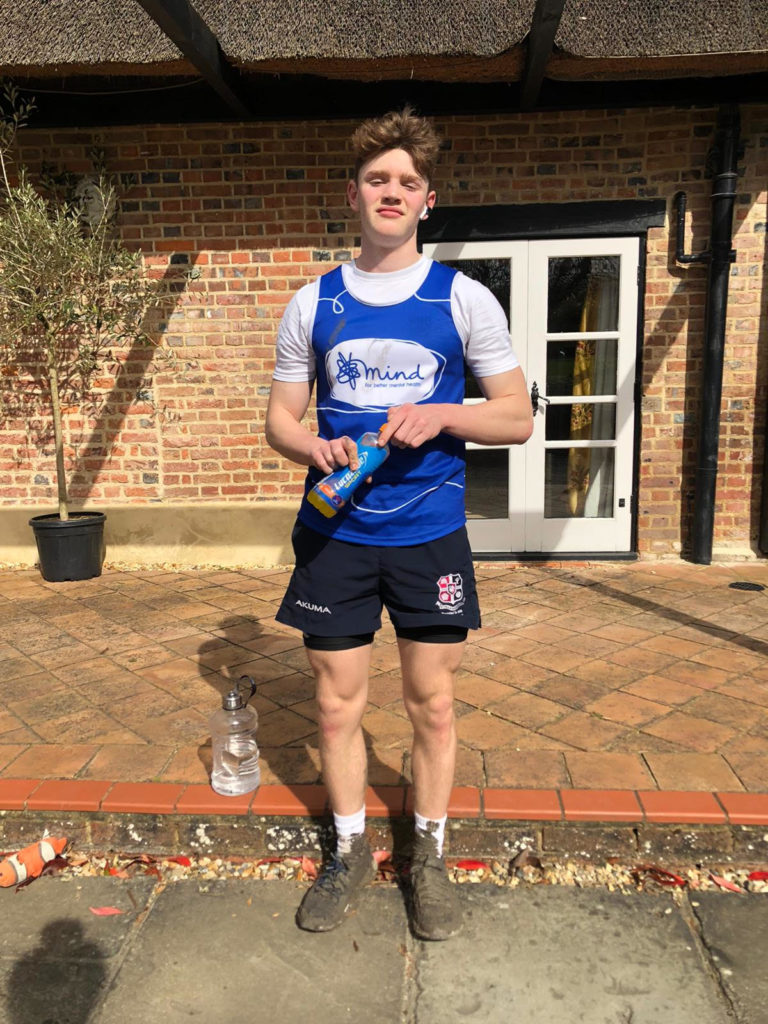 One form of exercise a day, all non-essential services closed indefinitely and disappointingly no half marathon. With over £500 already raised, the next best option was to run it locally and for the first time being surrounded by the picturesque Hills of the Chilterns seemed quite sickly. I set off at 12:00 on the 29th March running through all of my local villages and doing my best to avoid any contact with other members of the public. An hour and 45 mins later despite nearly being blown over multiple times and losing my shoe for good measure, the 13.1 Miles had been completed. Unfortunately, Owen is still yet to run his half marathon as he is experiencing symptoms similar to that of the coronavirus but is doing well and hopes to be running his half marathon in the near future.

In such turbulent times, the mental health of all those surrounding us becomes more pertinent and the little acts of kindness and empathy that we take for granted can have an added importance. I’m currently still running whenever I get an opportunity and Owen and I both have plans for running and fundraising in the summer of 2021. But whether coronavirus will be running along with us is yet to be seen.

Oliver McKenna (and on behalf of Owen Billings)

If you are able to and would like to support Oliver and Owen with their fundraising head to their Just Giving Page HERE.

Every penny raised will go to Mind, the mental health charity. Who believe no one should have to face a mental health problem alone.