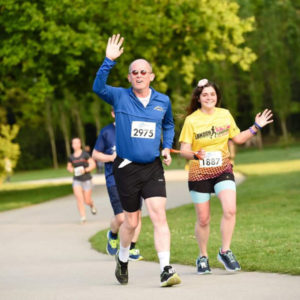 Hi runners, I am Roger and I’m a visually impaired runner.

In two and a half years of running I have completed 190 races which works out at an average of two per week. The majority of these runs have been with the RunThrough group who I found to be a friendly laid-back and courteous group of people.

As a visually impaired runner I’ve always needed to obtain guides when completing these races. I have never had a problem in obtaining guides for any event organised by RunThrough or indeed any of the other running groups I have run with!

I have completed races in all of the London parks as well as in places as unique as Fort William, Aintree, Canterbury, Southend, Norwich, Colchester, Bedford, Northampton, Ipswich and of course the London Marathon. The majority of these events would not have been possible without the support of the guides that I had met at RunThrough events.

You may be asking yourself why did I take up running? Well, that is quite simple as it has enabled me to get fit and to make new friends as I’m sure you can tell from the photographs taken at the races I have done just that!

I think it is fair to say that my most memorable experience would be the completion of the London marathon. I completed this event in four hours 37 minutes with a guide that I had met through and through and indeed completed my first ever RunThrough event with him back in May 2017. 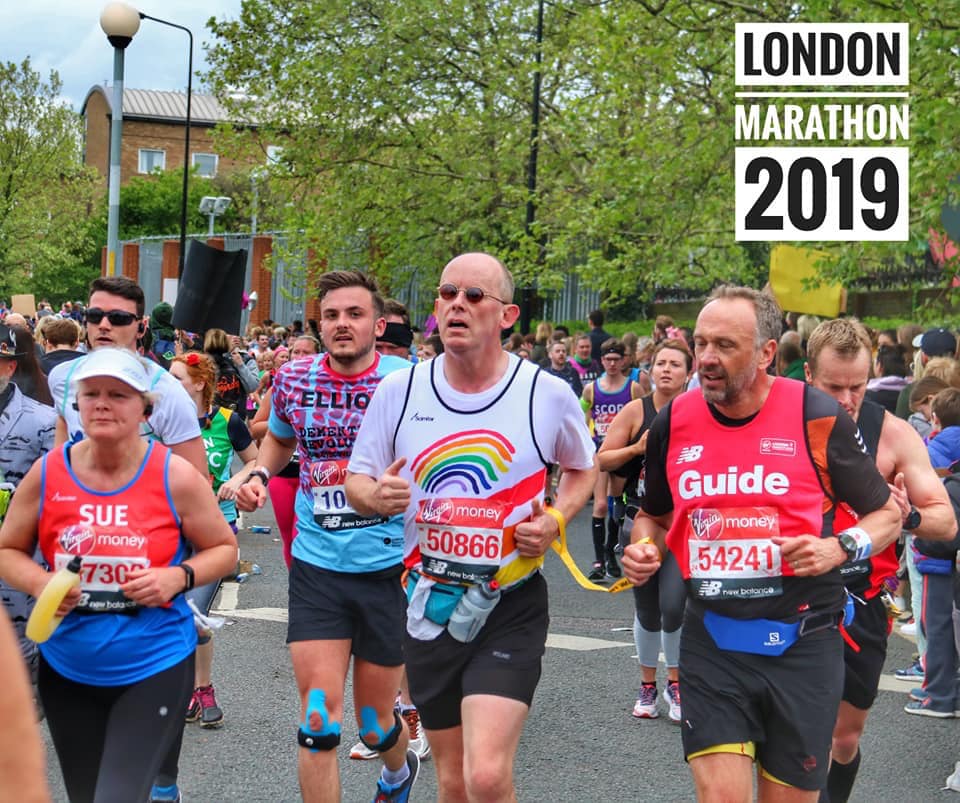 Furthermore, given that RunThrough operates throughout the year, it must be said that the weather plays a large part in my experiences. My first ever Wimbledon Common 10K in August 2017 was blighted by heavy rain. Well, once you get wet once, there’s no point in hiding from it as the rain is going to get you! In early 2019 the wind played a major part in a Sunday morning run at Finsbury Park. The finish arch which is a great feature of all RunThrough events was courteously blown down by high winds so that must be the first RunThrough event that I have crossed the finish line not knowing where it actually is.

Moving forward a month or two we reach the summer as it was this year. On the hottest day of the year us mad people took part in a chase the sun event. How we managed to get round the Olympic Park in temperatures well into the 90s during the evening I will never know but I managed it and have got the metal approve it!!

What is my next goal?…

Well, firstly my next goal would be to reach 200 medals which I should do at the Colchester zoo stampede half marathon on 6 October. Secondly, of course 250 medals which should be in the spring and, finally, 500 medals which should be in a couple of years time. Another goal is to complete the London marathon next year again for charity and using a guide I had met through my participation in London three events. The sky is really the limits as far as my goals are concerned as I intend to keep running for many years to come!