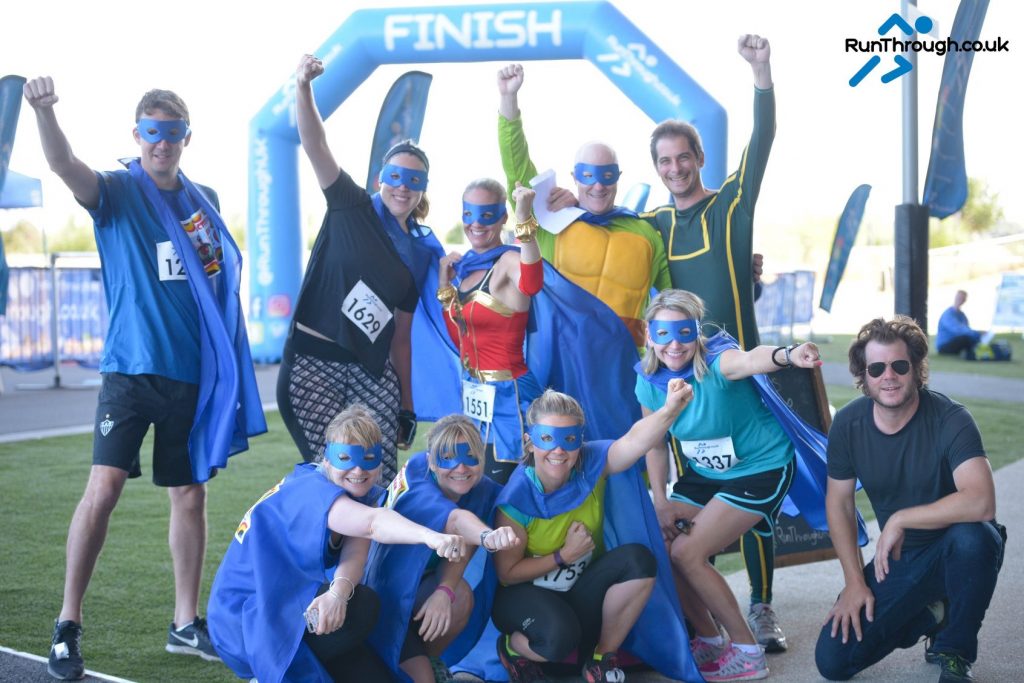 The 11 superheroes (+ one baby!) who ran at Lee Valley VeloPark on July 28th hadn’t all met each other before the day of the race. The team hailed from the US, Canada, and all over the UK. We had varying degrees of experience and passion for running. What we did have in common was a dear friend called Adam. The last occasion where we were all in the same place at the same time was his funeral in February. And the time before that would have been his wedding, two and a half years earlier.

It was interesting sharing stories of how we’d met Adam. Each story related to a different chapter of his life – school, university, work, travelling, flat-sharing… but a fascinating theme emerged with how the stories started: “There was this really loud guy who rocked up late…”

And then we got to know him. And discovered a guy who was still loud, and always late, but who was also one of life’s funniest, most enthusiastic, kindest of characters; someone who brought an enormous amount of energy, joy and positivity to all those around him. A super loyal friend, and a true one-of-a-kind.

Adam suffered from Cystic Fibrosis, a genetic disorder that causes a build up of mucus in the lungs, digestive system and other organs, and brings a host of challenges to the whole body. But despite his rigorous daily regime of physio and medication, Adam never let his condition define him, nor inhibit his passion for life or his motivation for achieving his ambitions. He went off to university, he skied, he travelled the world, he turned his talent to writing for national newspapers, he lived life to the full.

To us, he was a real life superhero!

I knew Adam from university, where he was life and soul of the party. And did he like to party! He would make cocktails in big plastic bowls with bottles of cheap wine and shots of everything in the cupboard, and a dash of lemonade as an afterthought. He once tried to ‘strawpedo’ a whole bottle of red wine in the garden of the house we shared, with disastrous consequences. He loved to dance. He loved trance tunes. He had a wicked way with words and invented many hilarious Adam-isms. He loved a lively debate, the more ridiculous the better. Many a night would incorporate him posing a totally obscure “would you rather..?” conundrum, and conclude with him dissolving into his trademark infectious laughter, rather than us reaching agreement about which of his proposed options would be the least hideous. He would sing ‘California Dreaming’ so loudly that the next street could hear. Then he’d sing it again in French. Appropriately, he loved superhero fancy dress, and this was the theme of his Stag Do. 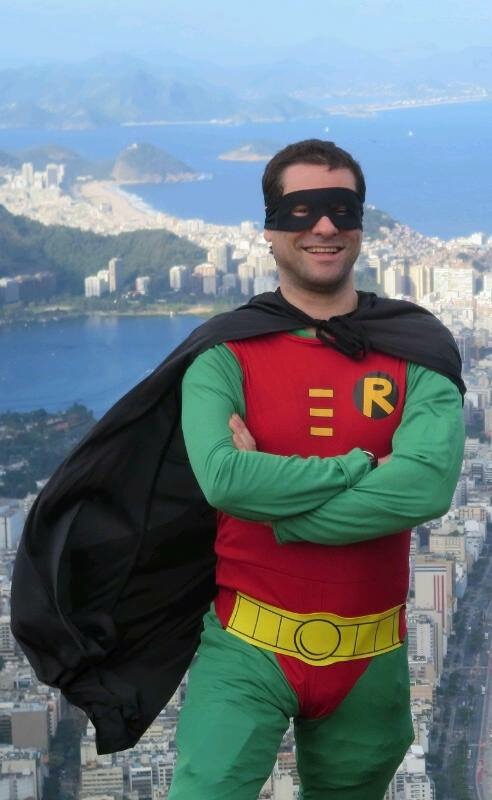 Adam tragically passed away during a much needed lung transplant operation in February, two weeks after his 39th birthday. He was a true superhero right to the end, saving three other lives through his own organ donation.

There were so many people at his funeral that we couldn’t all fit in the building, so the university contingent hovered outside, straining to listen to the heartbreaking tributes being shared from within. It was snowing, the sky was grey… it was, as seemed grimly fitting, Such a winter’s day. But in contrast to the backdrop, the eulogies could not have been warmer. His sister Claire made a plea during hers: “Let’s continue the conversation about Adam”.

Embracing this to the full, Adam’s best friend Steve set up a ‘Much Loved’ site, in partnership with the Cystic Fibrosis Trust, to raise funds for a specific project chosen by Adam’s mother Janet. The project entails the Cystic Fibrosis Trust and Royal Brompton Hospital (who cared for Adam for many years) working together on a study to explore the pathway from Cystic Fibrosis care through to transplantation. It will investigate patient experiences of the transplant process, with the aim of improving clinical practice and outcomes, including when and how conversations about transplant should happen. It is an important project and one extremely close to the hearts of Adam’s family. It needed additional funding to advance, so all our contributions will directly impact the experiences of CF patients in the future.

Steve also created a Facebook community called ‘Active for Adam’ to connect all of Adam’s friends, to keep his memory alive and generate fundraising ideas. It was through this that we conceived the idea for a sponsored superhero run. There was a lunch celebration for Adam planned in Hampstead (where he used to live) on July 28th, so we looked for a nearby run that we could do on the same day, and came across RunThrough at Lee Valley VeloPark. To make it a fitting tribute to Adam, and to unify ourselves, we decided to dress in matching capes and masks in his favourite colour. It would be fun, it would be silly, it had Adam all over it. Although we didn’t all meet in person until the day of the race, we spent the preceding weeks in touch ‘virtually’ a lot to organise logistics, generate sponsorship, and of course, design and make the outfits!

On the day, we ran 90km between us, with presence in every race (half marathon, 10 miles, 10k, 5k, 1 mile). Some of the guys resurrected their costumes from Adam’s Stag Do to combine with the cape (some finding them a snugger fit this time around!) The race, and training for the race, gave us lots of thinking time to remember Adam. It was a day full of emotion, fond memories and funny stories. It was also hot, windy and hilly (much hillier than we were expecting from a cycle track)! And we were definitely hindered by our accessories… the capes got in the way, blew from back to front, got tangled in headphones, and made us even hotter and sweatier; and the masks severely restricted our peripheral vision!

But we summoned all our superhero strength to power through… and achieved times that we were pleased with. I ran my 10k in 52 minutes, making me 6th fastest female in the 10k and 2nd fastest in my category (I don’t like to show off(!) but I surprised myself as it’s the fastest 10k I’ve managed!). We were spurred on by the spirited atmosphere, wonderful RunThrough volunteers with their cheering, tambourines and high-fives, photographers capturing all the action, and of course, playlist of Adam trance tunes. We raised over £1,700, and testament to our impact, were even given some cash donations by random runners on the day!

There are a multitude of other events taking place amongst the ‘Active for Adam’ community, including the Hereford triathlon, London to Brighton bike ride, and Amsterdam marathon. The combined total funds raised so far are over £18,000. We are all so proud to be part of this and of what we have achieved together… and we will keep going to try and hit our target of £20,000 by the end of the year. The CF Trust have been overwhelmed by the support and funds raised in memory of Adam, and are humbled by how clearly admired he was by those around him. 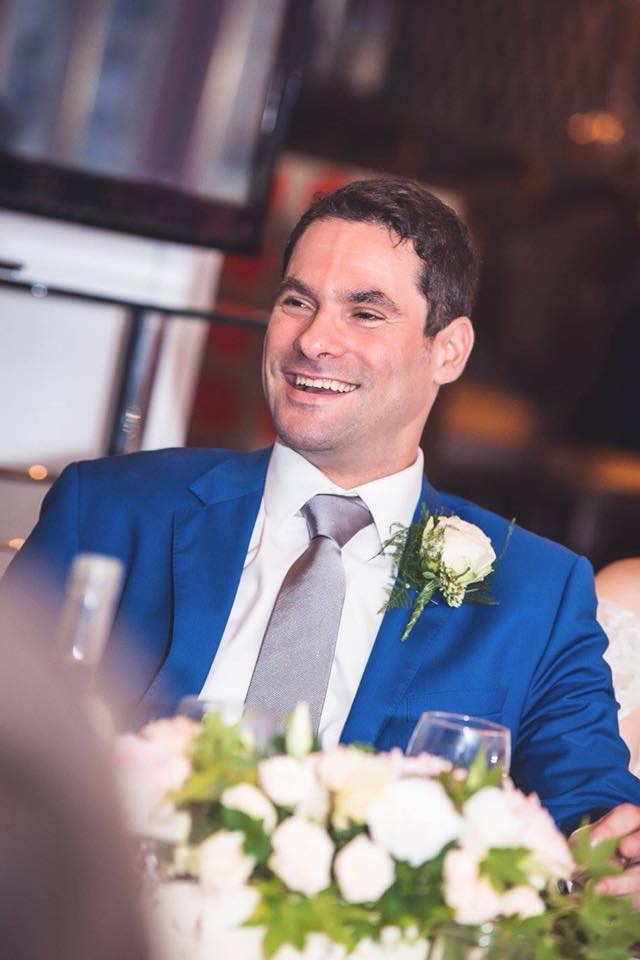 At the pub celebration after the run we discussed making this an annual event. Adam’s legacy will live on, not least through the new friendships that have been forged through activities like this, and we’ll continue to add new memories to our bounty of existing memories of him. He would no doubt have had a good chuckle seeing a random bunch of his mates goofing around and getting tangled up in capes together. He probably wouldn’t have run with us if he’d been here. But he definitely would have come and supported us. Turning up late, of course.

On our capes and forever in our hearts, Ads, you are so missed.

With love from Julia (aka Wonder Woman), on behalf of all the Active for Adam superheroes who ran on July 28th.

If you would like to donate to the CF Trust project in Adam’s memory, the link to our event is still open HERE
Finally, for an insight into Adam’s life with CF, and the amazing character he was, he wrote article in The Guardian a year before he died – have a read HERE