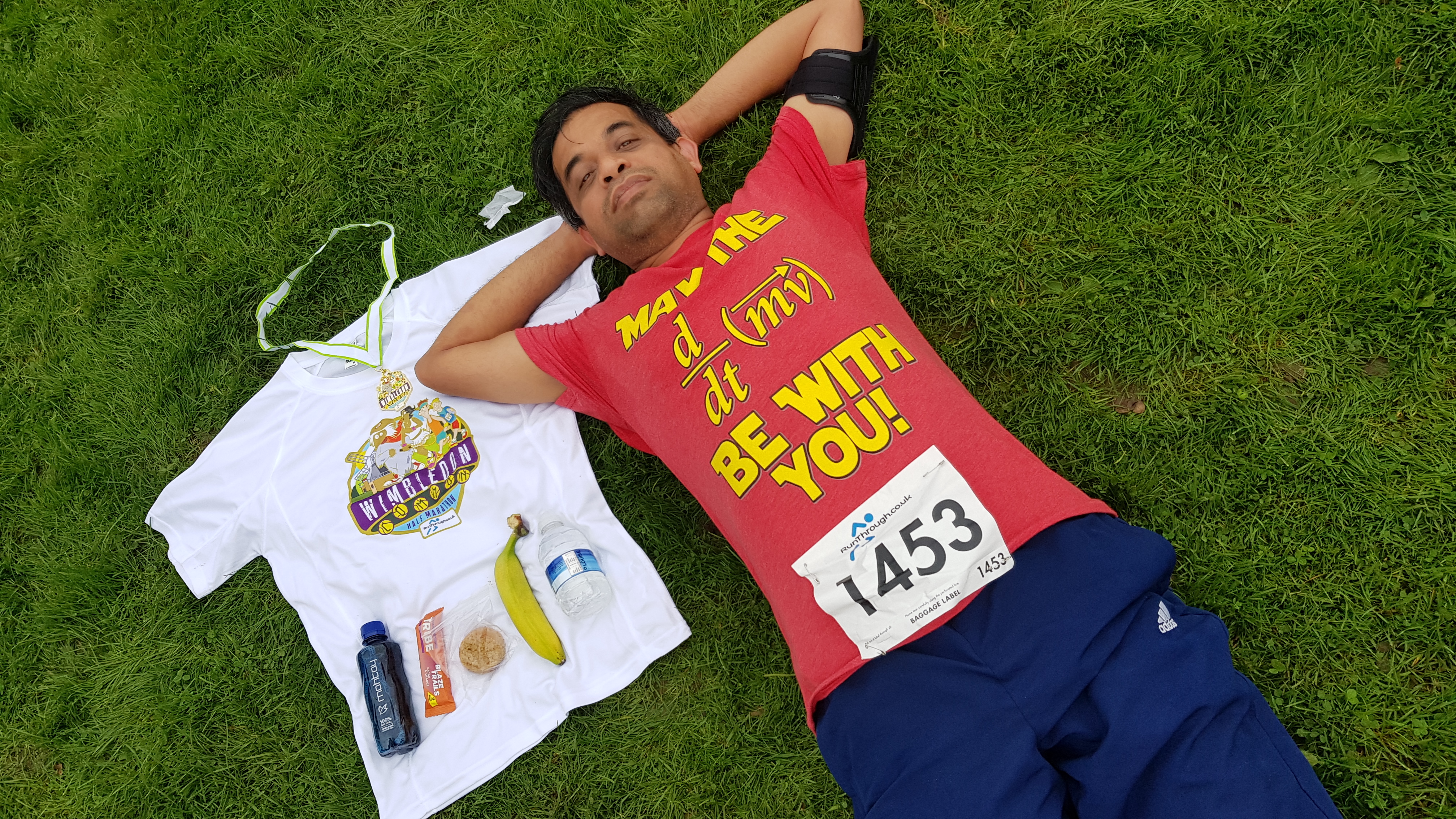 Shahjahan Kadir is a regular runner at our events having become a 2017 season pass holder and has gone from strength to strength having now taken on four Wimbledon Common half marathons and countless 10k races with plenty more to come. Having only started running this year we think you’ll agree this is a huge achievement and here is his story…

I always considered myself as physically inactive.  I tried several times to run but couldn’t run more than a kilometre. I started to believe that running is not my kind of thing and this is something I can never improve upon.

Being diagnosed as a diabetic patient at the age of 45, I was really confused and wasn’t sure what to do. I was advised by friends and family, and especially two of my colleagues, to start running. One of my colleagues advised me that I can run longer than a kilometre if I run slowly. That was basically the starting point for my running!

Running can be an ideal form of exercise for people with diabetes as it helps improve the body’s sensitivity to insulin. The benefits of running are:-

If you have Type 1 diabetes, ensure that you have enough insulin or energy to keep you going throughout the run. Do check with your physician on how long you can run if you suffer with Type 1 diabetes.

Despite being a non-runner I managed to run my first 10K in 64mins. My first run was at Greenwich. I remember for the 10k having to stop at least 10 times, pretty much every kilometre. I was very happy and proud that I managed to complete the whole 10k – This gave me the confidence and courage to run more!

I was searching online to find a convenient and affordable way to regularly partake in 10k runs with a large group. I came across RunThrough, who offer season passes which allows us to run more than 50 runs a year within the London area at a very reasonable price. So far, this year I have managed to run 35 events with RunThrough.

As a new runner, initially, I had problems with running continuously and struggled to breathe while running. I also started getting problems with my knee, hip and feet, and lost one of my toe nails, but that never stopped me from running!

Looking back at the last nine months of running with RunThrough, I must admit it is not the flapjack or medals that motivate me to run; it is the people who organise it and make it easy for me to run. I now know quite a few people who run regularly and the RunThrough organisation team. It is nice to have people with similar abilities run together. My main problem was starting too fast and couldn’t cope with this later. An organised start up helped me to maintain a steady pace.

Now I can run a half marathon in 2h 15 mins without STOPPING. After running I sit down and take deep breaths. I feel like my heart is newly serviced like a car engine.

May the force be with RunThrough team and all other runners!