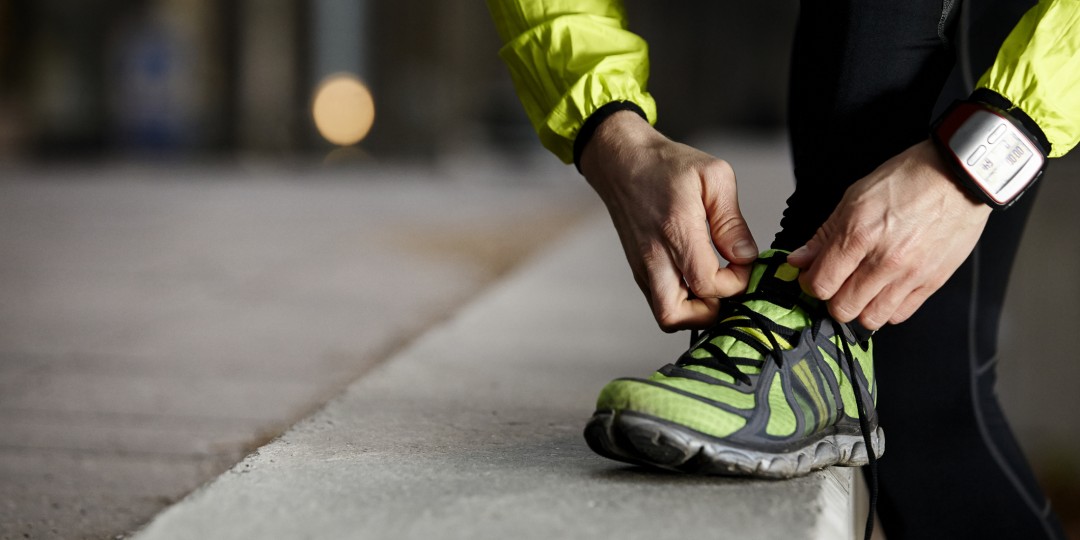 Kris Milovsorov is a serial run commuter, running to and from work almost everyday, having taken on London Marathon this year running to and from work can really help to get the miles in. Whether training for a Half Marathon, Marathon or simply wanting to keep fit here are some great tips for taking the leap from the everyday struggles of public transport to running your way to work.

My colleagues still treat me with awe, as though I were a sweaty unicorn walking through the office door. “You ran to work?!” they ask, incredulously. However, for me, it’s just my commute.

There are three good reasons to run to work instead of driving or taking public transport:

My run to or from work in London is 3.6 miles and normally takes me less than 30 minutes. The tube would take me 45 minutes (assuming there are no delays). So, not only can run commuting be quicker, you also don’t have the unpleasant sensation of being wedged into a stranger’s armpit.

Granted, some might not be in running distance from work. Indeed, a former place of work was 7.5 miles away from home, which, though ‘do-able‘, was quite a daunting task in the morning. Instead, I often opted to run the mile to the train station and a mile the other end. Two miles isn’t much, but I found the run was always a good start to my day.

Over the years, I have honed my routine and have a few things to recommend:

1. Timing – initially, I got into the bad habit of leaving home in the morning at the same time as I would getting the tube, forgetting I needed to stretch, cool down and shower after my run. You don’t want to rush these either, as it’s pretty awkward when you’re still dripping with sweat but now wearing your best shirt. Allow plenty of time for these and set off accordingly.

2. Stretch – don’t forget it, especially if you have an office job that has you sat down all day! Equally, if you’re running home, don’t be tempted to get in and start cooking or watching TV straight away.

3. Showers – some workplaces won’t have showers. There are alternatives. I convinced an old employer to pay for gym membership round the corner just so I could use the showers. When my current work showers were being refurbished, I used the showers at the local swimming pool for a nominal fee of 50p. Failing that, you could always run home instead.

4. Clothes – unless you’re a personal trainer, it is generally unacceptable to wear sports gear (especially sweaty ones) to the important meetings. I avoid carrying too much with me, plus the bag normally creases my shirts, so I keep everything at work. I use a local dry cleaner, but equally you could take in a batch of clean, ironed shirts and trousers on your rest day. Even on the days I don’t run in, I still wear running clothes and change at work. Also, keep a spare pair of clean underwear in your office drawers. It’s amazing how you can forget such important items…

5. Bag – get a good running bag with a decent capacity (I have 20 litres) and clips at the front to ensure it’s comfortable. Look for a bag with a separate pocket for your valuables. I also bought a little sock to put my phone in so it doesn’t get scratched by my keys.

6. Breakfast – I often run first thing on an empty stomach so will buy myself breakfast cereal in advance (sometimes en route) to eat when I get in.

7. Route – if your route is too short, extend it. Mix it up and keep yourself interested. Or stick to the same one and see if you can bring the time down. Try to incorporate as much greenery as possible – find the local parks, canals, paths etc..

8. Safety – always be safe. Invariably you’ll need to cross roads, don’t rush, despite you having a place to be. In winter, wear high visibility clothing, in summer, carry a water bottle. Always be mindful of other pavement users and be warned, you might encounter the school run!